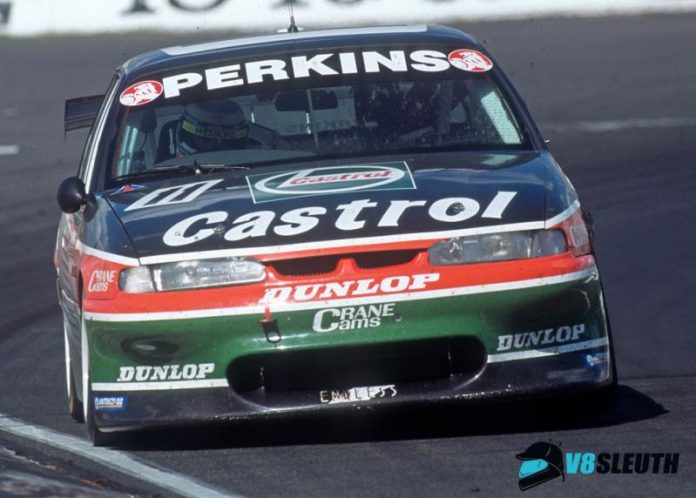 All of the 1990s winning Mountain conquerors for your mancave, office or bedroom wall!

THE V8 Sleuth team are back in the office for a huge 2017 season of motorsport and already they’ve put together a new product range that many Aussie (and overseas!) race fans will be keen to get their hands on.

The new Bathurst Winners poster series will be launched by V8 Sleuth very soon featuring every winning car from the decade of the 1990s – these posters will be available exclusively from the V8 Sleuth Online Store in the next few weeks (we have a special preview photo if you click on the small photo of the posters above!).

From the 1990-winning HRT Commodore VL of Win Percy and Allan Grice right through to the Wynn’s/Gibson Commodore VT that won the 1999 race in the hands of Steve Richards and Greg Murphy, every winner from the ’90s will feature in its own collectable poster as part of the new series.

Each poster will measure approximately 600 x 450mm and the series will only be available via the V8 Sleuth Online Store.

It should also be noted that the 1997 and 1998 posters feature the V8 Supercars race-winning cars of Perkins/Ingall and Bright/Richards respectively. The Super Touring Bathurst 1000-winning BMW and Volvo from those years are not included in the series.

Later in the year theV8 Sleuth team will look to release Bathurst winners posters covering the 1980s and 2000s winning machines, while also focusing on Championship-winning cars and victorious cars from other important races and series.

There are a range of other exciting publications, posters, prints and various other projects underway at V8 Sleuth for 2017, keep checking back to the website for further information.