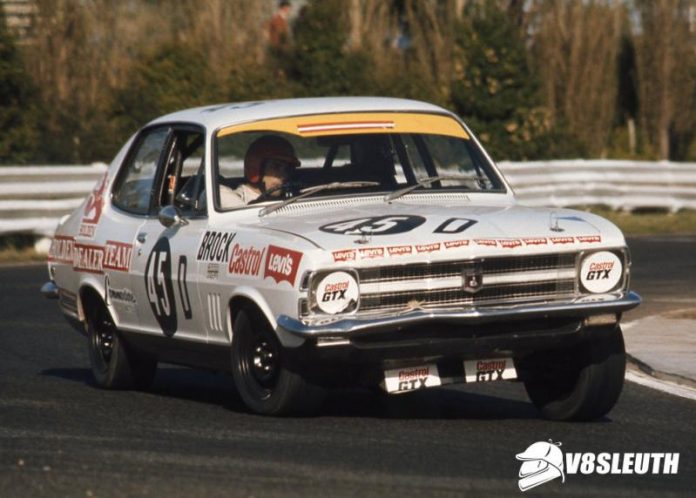 Biante Model Cars have an addition to the Peter Brock Collection …

PETER Brock drove plenty of cars during his illustrious career and many of them have been released as models on the collectable market, though there are still many still to produce.

Biante Model Cars have announced this week they’re producing Brock’s 1971 Holden Dealer Team Torana XU-1 from that year’s Sandown 250 endurance race in 1:18 scale (the image in our story is of the prototype of the model)and keen collectors can pre-order it direct from Biante by clicking here now.

This news prompted us to dig into the archives to wind back the clock to that race and car and unearth some really rare photos from the V8 Sleuth archive of it that were originally taken by Terry Russell, brother of Brock’s first wife Heather.

Traditionally the lead-in race to the Bathurst event, Melbourne’s endurance classic has been known by many different titles and held over a variety of distances over the course of its history.

Back in 1971 it was known as the Sandown 250 held for Series Production touring cars, less modified vehicles than those that competed annually in the Australian Touring Car Championship, but the same cars that would take to the Mountain a month later.

Round 3 of that year’s Australian Manufacturer’s Championship, the Sandown race that year was a classic ‘David and Goliath’ contest with the role of ‘David’ played by the six-cylinder Toranas and ‘Goliath’ played by the thumping V8 Falcon GT-HOs.

Harry Firth’s Holden Dealer Team entered a pair of the new LC Torana XU-1s to be driven by Colin Bond and Brock, cars that were greatly improved over the previous year’s model – and appeared in an all-new white livery carrying backing from Commodore Motels, Castrol and Levi’s jeans.

Also available was the Australian four-speed M21 gearbox as introduced on the HQ sedan range with much closer ratios than previously available for Torana drivers.

Brock qualified his #45D XU-1 fourth on the grid, lapping in 1m24.9s, 3.5-seconds slower than the pole time of Allan Moffat’s factory XY GT-HO. The Bryan Byrt-entered XY of Bob Skelton and Phil Barnes was second fastest with Brock’s teammate Bond qualifying third and joining him on the second row of the grid.

But this race would prove to be one of survival rather than speed, especially given the pair of factory Falcons of Moffat and John French were out within eight laps and several Torana drivers found themselves in troubles with gear selector problems.

Brock found himself as one of these and pitted within just a few laps to try and get the issued rectified. In the end he actually completed a large portion of the race stuck in top gear after a few pit stops to try and sort the issue proved no good.

“The problem I had with my car was really quite minor,” he reported post-race in his magazine column of the time.

“Something was out of balance in the engine causing the gearshift rod retaining clips to crack due to vibration. It was a point which didn’t show up until the third or fourth lap of the race when I had the first of five or six pit stops.”

Brock also had a lucky escape around one-third distance when the Byrt Falcon of Skelton had a wild lose through the high-speed Causeway in front of him when a rear wheel came adrift and folded itself under the big Ford; the Torana pilot locked up all four wheels to ensure he didn’t become part of the accident scene!

While Bond went on to win by five laps of the John Harding Ford-entered Falcon of Murray Carter, Brock eventually finish sixth overall and fourth in Class D after his delays with 121 of the 130 laps completed.

Torana XU-1 drivers filled six of the top nine outright finishing positions with 25 of the 37 cars classified as finishers on what was a very good day’s work for Holden in the pre-Bathurst lead-up race.