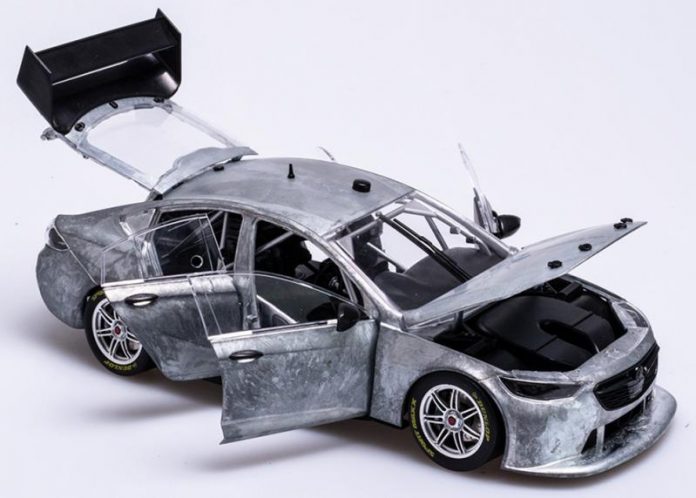 OUR friends at Biante Model Cars have just announced their range of 2018 Holden Supercar models and unveiled pictures of an early prototype of their fully opening 1:18 scale die-cast ZB Commodore.

The new 2018 ZB Commodore has been tearing up the track in the Virgin Australia Supercars Championship and soon you can have your own ZB Supercar.

Development work for the new Commodore models has been underway for some time with Biante set to release the new additions in all four scales (1:12, 1:18, 1:43, 1:64) beginning with 1:18 scale Mobil 1 Boost Mobile Racing Commodores in the third quarter of this year.

Each 1:18 scale Commodore will feature fully opening parts including the uniquely shaped rear hatch of the ZB Supercar.

Additionally, as a result of the recent merger between Biante and Apex Replicas – read the announcement here – the model carmaker now has arrangements to produce cars from Garry Rogers Motorsport and Preston Hire Racing, both of which will be available in all scales.

Click here for the full breakdown on the upcoming Commodore models.

Biante are a proud V8 Sleuth partner; keep an eye on the V8 Sleuth website and Facebook page for future announcements and miniature race car releases.