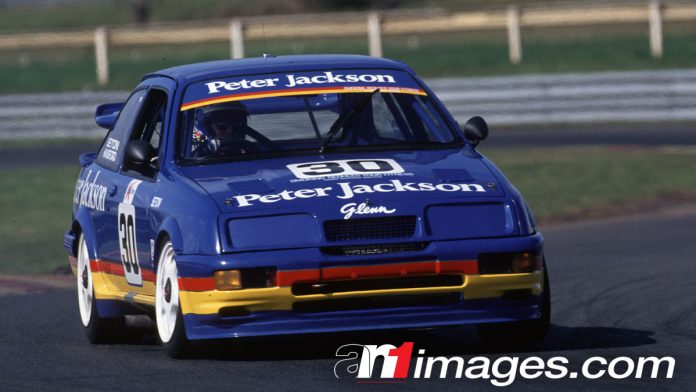 THE long-awaited 320-page hardcover book documenting the career of one of the best drivers in Australian touring car racing history, Glenn Seton, has been released this week onto the market.

Available to order here now, the book covers Seton’s entire racing journey, from racing karts as a kid dreaming of emulating his father through to running his own team in the cut and thrust world of Aussie touring car and V8 Supercar competition.

The two-time Australian Touring Car Champion and Supercars Hall of Famer wrote the book in conjunction with supercars.com Digital Editor Stefan Bartholomaeus. It is published by V8 Sleuth parent company, AN1 Media.

The book tells the full story of Seton’s racing career, including all of the highs and lows of over 30 years in the sport. It focuses on the various eras of his career, from racing for Nissan to setting up Glenn Seton Racing and eventually driving for childhood friend Mark Skaife’s Holden Racing Team.

It also features a section covering the car-by-car histories of the Sierras and Falcons raced by Seton’s team under the Peter Jackson, Ford Credit and Ford Tickford Racing banners.

Featuring a huge range of never-before-published photos from all eras of his involvement in racing, the book sees Seton open up on a wide range of topics with plenty of never-before-told stories and insights from his career.

Seton made 26 Bathurst 1000 starts, famously falling short in 1995 when his race-leading Falcon failed with just laps to go. In this new book he opens up about how ‘The Great Race’ eluded him, as well as the trials and tribulations of team ownership, racing politics and much, much more.

Customers who pre-ordered the book will receive their books first. Pre-order customers are advised to keep an eye on their email for tracking details.