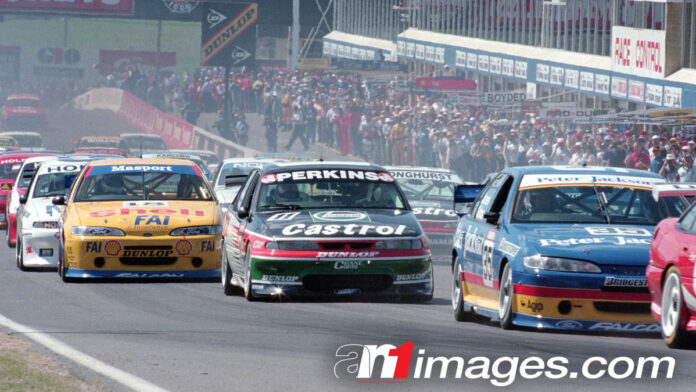 ‘7’s Motorsport Classics’ will delve into both the network’s unrivalled motorsport archive and that of Supercars in a new series featuring a range of historic vision.

The first episode airs this Saturday (June 19) as a lead-in to the Merlin Darwin Triple Crown at Hidden Valley on Channel 7, 7mate and 7plus at 11.30am AEST with a special focus on the famous championship-deciding round of 2010 at Sydney Olympic Park where James Courtney clinched a memorable championship win.

Episode two airs on Sunday at 11.30am AEST (also on Channel 7, 7mate and 7plus) and has a ‘Breakthrough Wins’ theme, highlighting the first ATCC/Supercars Championship race wins for Mark Skaife (Wanneroo 1991), Craig Lowndes (Eastern Creek 1996) and Scott McLaughlin (2013 Pukekohe).

The rest of the episodes will feature a range of classic and modern Bathurst races and themes as well as other episodes focusing on particular tracks, brands and eras.