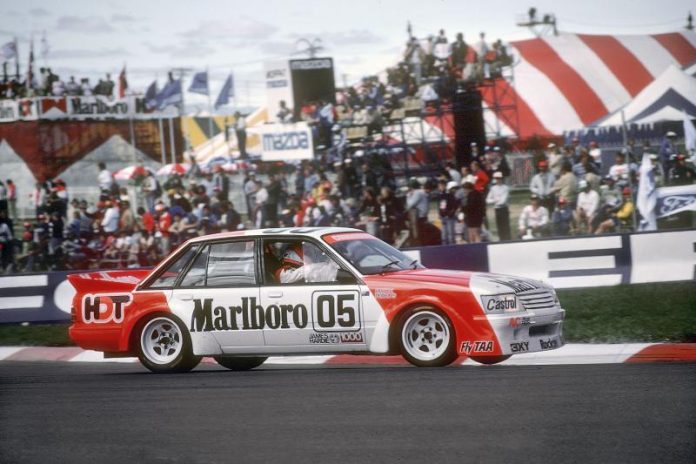 A RANGE of exciting motorsport DVD releases await V8 Sleuth fans with confirmation today of a variety of titles and products that are set to be released in the second half of this year.

To buy a range of other motorsport DVDs, including full Bathurst races and other classic events, visit the V8 Sleuth Online Store here.

The ever-popular Seven Sport Magic Moments of Motorsport DVD series will continue, hosted by V8 Sleuth’s Aaron Noonan, with five new titles hitting the market later in the year. This year is the sixth year of releases under this banner.

For the very first time the 1983 and 1984 Bathurst 1000 touring car classics will be release in full (each in a double-disc pack), adding to the ever-growing collection of full Bathurst races available on the market.

Also to be released is the continuation of the popular ‘series within the series’ of Bathurst Top 10 Shootouts, with the early years of the V8 category between 1993 and 1996 covered.

V8 Classics Volume 3 will run back through three memorable rounds of the Australian Touring Car Championship from the 1990s: 1993 Phillip Island, 1994 Symmons Plains and 1996 Bathurst. The latter was the last time a sprint round of the championship was held at Mount Panorama.

The fast and flowing Lakeside circuit in Queensland will also be celebrated on a DVD release of its own with touring car rounds from 1985, 1987 and 1991 included.

Volume 1 of this new series features a range of previously-never-before-released material from the ABC archives celebrating the history of Sandown in Melbourne.

It includes the 1983 and 1985 Sandown touring car endurance races, highlights of the 1965 ATCC, the 1988 Sports-Prototype World Championship round and a Rothmans Series Formula 5000 event from the late 1970s that has never-before been released and recently been saved from old tape stock.

Another new item on the market in 2017 will include a box set celebrating the career of Allan Moffat featuring his four Bathurst wins and a range of other material, including the 1988 Enzed 500 at Sandown; his last race win on Australian soil.

All of these titles will be available via the V8 Sleuth Online Store later this year upon their release.