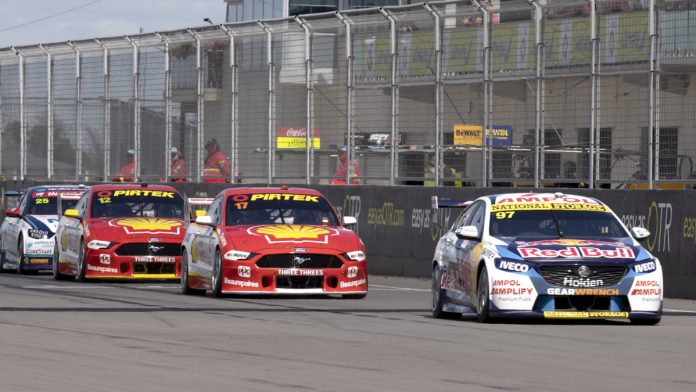 THERE will be a field of 25 cars in this year’s Supercheap Auto Bathurst 1000 but a range of those cars will be making their Mountain debut.

Seven cars in the 2020 field have never raced at Bathurst before, all having made their racing debuts since the 2019 edition of the race.

One team, Penrite Racing, has a pair of cars that have never tackled the Mountain before.

The #9 car to be driven by David Reynolds/Will Brown was new at the start of this year and the #99 Anton De Pasquale/Brodie Kostecki car was debuted on the Gold Coast last year after De Pasquale’s huge crash at Bathurst aboard the former 2017 Bathurst-winning chassis.

Last year’s Bathurst 1000-winning Shell V-Power Racing Team Mustang was badly damaged in Scott McLaughlin’s Gold Coast qualifying crash a fortnight after it won The Great Race, the repairs to which we covered here on v8sleuth.com.au in May.

So therefore, he’ll defend his Bathurst crown in the chassis – DJRTP07 – he debuted with Alex Premat at Sandown last November that has carried him to his 2020 championship success.

Brad Jones Racing’s #8 R&J Batteries Commodore ZB driven by Nick Percat and Thomas Randle is another new chassis debuted at this year’s Superloop Adelaide 500 that is making its Bathurst debut.

Rick Kelly’s #15 Castrol Mustang (which he will share with Dale Wood) was another new-for-2020 chassis, as is the #97 Red Bull HRT Commodore of Shane van Gisbergen and Garth Tander.

A savvy buyer might be able to snap up a Bathurst-winning car before the race if the #25 Mobil 1 Appliances Online WAU Commodore of Chaz Mostert and Warren Luff wins the big race – that chassis is for sale now via online auction, an auction that closes during Bathurst race week.

Practice for the 2020 Supercheap Auto Bathurst 1000 starts on Thursday October 15 with the big race confirmed to start at 11.30am on Sunday October 18.