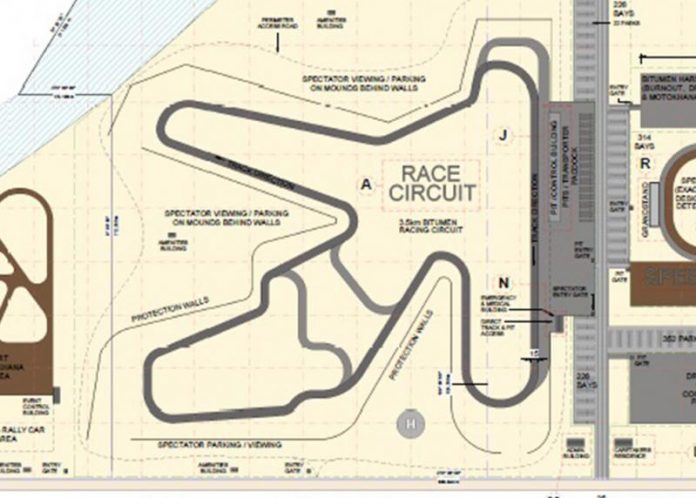 PLANS for a new permanent race circuit in North Queensland are a step closer to reality with Townsville City Council approving the first two stages of the DriveIT NQ facility.

If fully realised the facility will include a 3.5-kilometre race circuit, part of the third and final stage which has received provisional approval from council.

The facility has received support from the likes of Townsville-born MotoGP star Jack Miller, while Townsville mayor – and noted race fan – Jenny Hill said the finished product will be a massive asset for the region.

“This is a very good news story for motorsport fans in Townsville,” Cr Hill said.

“The region really needs a facility like this – we don’t have anything like this and DriveIT NQ have worked hard to get to this point.

“Council is backing the project by agreeing to lease the Calcium site to DriveIT NQ, which is located on former CSIRO grazing land.”

The project has been in development since a community action group was formed in 2006, the closure of Townsville’s drag strip and increasing restrictions on activity at the Suncity Raceway kart circuit adding to the push for a new permanent facility to cater for multiple disciplines of the sport.

The site at Calcium is just under 40 minutes drive south of the start-finish line of the Townsville 400 Supercars circuit, which sees the venue safe from the city’s increasing urban sprawl on its northern and southern sides.

It’s expected that the circuit would build on the city’s motorsport activites, rather than serving as a potential replacement home for the annual Supercars event.

“Townsville residents have really embraced the V8 Supercars and this project will bring more major events to the city,” Cr Hill said.

“Local businesses will profit from a range of new sporting options which will attract people to the region.

“It offers a range of options from drag racing to go-karting and remote-controlled cars.

“This development is something the community has been asking for a long time and there are a number of conditions that will minimise the impact to neighbouring properties.”

Work could begin on the first stage within months, with funding for the driver training components of the facility already secured.

However, the facility is still pursuing $18.5 million in funding to complete the remaining stages, with the group behind DriveIT NQ continuing to lobby political parties ahead of federal and state elections in 2019 and 2020.