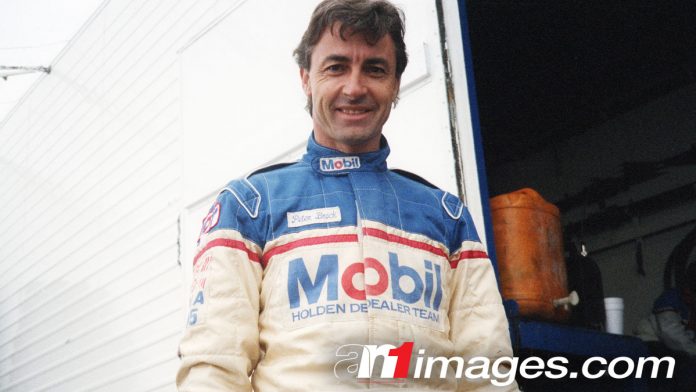 A NEW documentary film focused on the life story of Aussie motorsport legend Peter Brock will be released next month.

Originally planned for cinema release before the COVID-19 pandemic unfolded over the last few months, ‘Brock: Over the Top’ will be released straight to Premium Video on Demand for fans to rent and watch from home as well as selected cinemas.

It will be released on Friday July 3 and will be available for rent from that date on Apple TV, Fetch, Foxtel Movies, Google Play, Sony PlayStation and Microsoft Xbox.

UPDATE: However, special event screenings have been confirmed for Yatala Drive In Theatre (ironically just next door to the street where DJR Team Penske is based!) for Monday June 22, Tuesday June 23 and Wednesday June 24 with a price of $35 per car load.

A trailer for the documentary has been released, view it below here.

A range of Brock colleagues and family were interviewed last year for the documentary. It has been written and directed by Kriv Stenders, whose credits include directing the film ‘Red Dog’.

The preview trailer gives an insight into some of the figures interviewed with the voices of Craig Lowndes, Phil Brock, Ian Tate, Allan Moffat, Dick Johnson, Bev Brock and Garry Wilkinson instantly recognisable among the interview grabs in the trailer.

The PR blurb for the documentary says: “A range of rare archival material coupled with candid interviews with the key characters in Peter Brock’s life including his family, his partners, and closest colleagues, this film tells the epic story of Brock’s early obsession with cars, his hard won ascension to the top, his incredible record-breaking victories at Bathurst, his various professional and personal controversies, and his ultimate, tragic death on the race track.”

Listen here to our podcast focused on the history and fate of Brock’s 1975 Bathurst-winning Torana L34.

Pre-order our ‘Racing The Lion’ Holden illustrated motorsport history book, a 400 page celebration of Holden in racing in Australia.