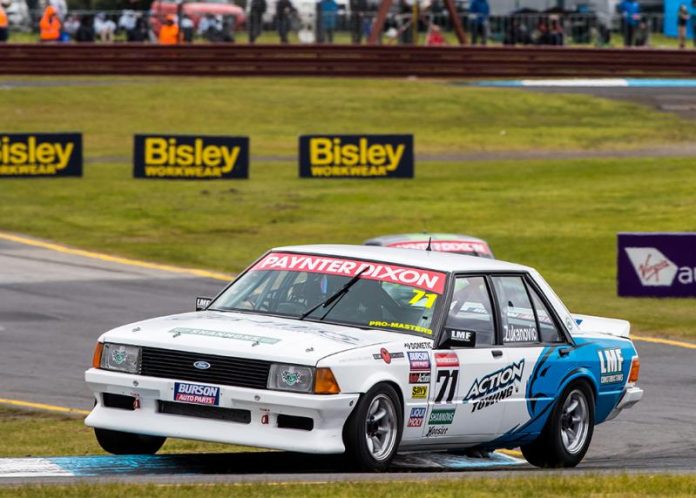 Zukanovic XD will be ready to tackle the Mountain …

MARCUS Zukanovic fully expects to take to the Touring Car Masters grid at Bathurst aboard his brand new XD Falcon despite it being seriously damaged in its race debut at Sandown last weekend.

Zukanovic found the wall at turn six on the opening lap of the second race, causing it to be red-flagged and the XD left as a crumpled mess in the tyre barrier.

Despite the damage the former V8 Ute champion is fully confident his new car will be repaired in time for the next round of the series at Bathurst in just under three weeks time.

“The damage wasn’t too bad, it looked worse than what it was and we already had the car completely stripped down on Saturday night.”

Zukanovic enjoyed a positive start to the weekend aboard his family-run Falcon, qualifying seventh and moving up to fourth in the opening race.

The 38-year-old had moved up even further during the opening lap of race two and was running third before locking the front-left tyre and slipping off the road at the high-speed turn six.

“One of the front roll bars was disconnected and that, combined with the cold tyres, caused a bit of drama at the end of the back straight there,” said Zukanovic.

“We’ve got the body shop here and we’ve given it a good square up and made sure it’s straight.”

The Falcon was a hit at the Sandown 500, becoming the first car to take advantage of a recent rule change that moved the eligibility cut off for TCM cars from 1978 to 1980.

It’s expected that at least one more XD Falcon will join the field in 2019 with Team Johnson currently in the process of building a car for Steven Johnson to campaign next season.