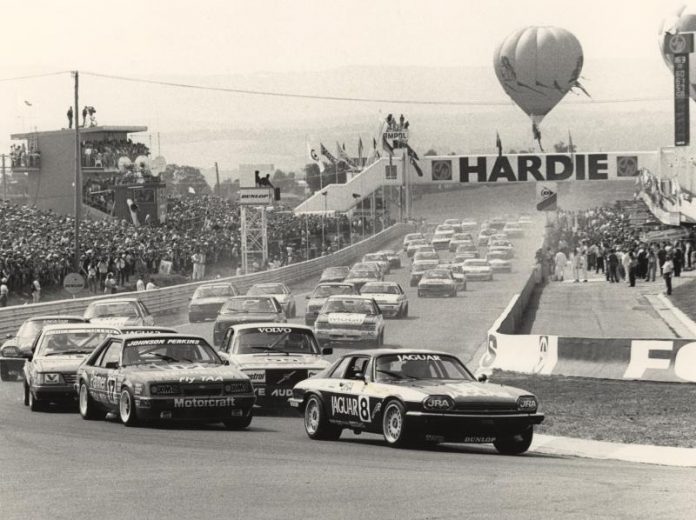 MOTORSPORT fans who love collecting the history of Australian racing are in for a treat with an early run of DVD releases for 2018 as part of the popular Seven Sport Magic Moments of Motorsport DVD series.

The full 1985 James Hardie 1000 at Bathurst won by the Jaguar of John Goss and Armin Hahne has just been released for the very first time, with over nine hours of action including vision of what was missed by viewers of the day during the commercial breaks.

It can be ordered here now – an impressive double DVD set!

These races were saved from old tapes by the V8 Sleuth and CMS Motorsport teams and now this release brings viewers classic action from the 1970s and 1980s not previously available.

The 50th anniversary of the Monaro is celebrated too (order here) and also a special Classic Australian Motor Sport release with rare Allan Moffat races (order it here).

There are more new releases to come in upcoming months – check back to the V8 Sleuth website for further release details.