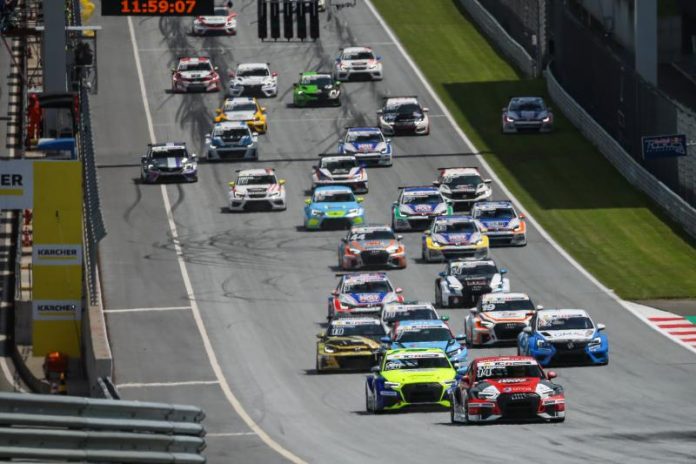 The Australian Racing Group (ARG), a newly announced category promoter, is in the final stages of contractual negotiations with the Confederation of Australian Motorsport (CAMS), who signed a five-year agreement with the global promoters of TCR for the development of TCR Australia earlier this year.

V8 Sleuth understands that a full sign-off of the contract will occur in the near future.

While the introduction of a new touring car category may bring to mind Australia’s touring car wars of the late-1990s between V8 Supercars and Super Touring, TCR Australia is not being positioned as a threat to Supercars.

Instead, ARG aims to feature the cost-effective class as a support category on the Supercars Championship roster or a headline act with the CAMS-owned and managed Shannons Nationals.

ARG is owned by a consortium of businessmen and is spearheaded by Matt Braid, the former Managing Director of Volvo Car Australia and, most recently, the Supercars Championship.

ARG also has the commercial and management rights to develop Super 5000, the category based on the Formula 5000 category of the 1970s. Super 5000 is continuing to finalise the new category’s technical regulations ahead of a potential start in 2019.

In a statement sent to the media, Braid says that interest in TCR Australia has been high.

“TCR has proven itself to be an extremely popular, exciting and successful category in many countries around the world,” he said.

“TCR has proven itself to be an extremely popular, exciting and successful category in many countries around the world. Even in these early stages, we have fielded a lot of interest from potential competitors, manufacturers and event promoters interested in being part of a TCR series in Australia.

“We’re aiming to come to a final agreement with CAMS and TCR Series in the very near future.

“Furthermore, ARG is committed to developing and promoting the highest-quality racing categories at major motorsport events in the region that will provide both significant support to existing platforms and a career pathway for drivers.”

Eligible cars in the class include all front-wheel drive C-Segment hatchbacks or sedans, powered by production-based turbocharged petrol engines with a capacity of up to two-litres.

CAMS CEO Eugene Arocca says that TCR Australia will be a great addition to the Australian motor sport landscape.

“We are excited for TCR to be coming to Australia,” said Arocca.

“It’s a category which has proven to be very popular overseas and will be a great asset for Australian motor sport.

“We are now in final discussions with the Australian Racing Group and will continue to work with Matt and the ARG team to finalise the agreement, which will be subject to final approval from the CAMS Board.”