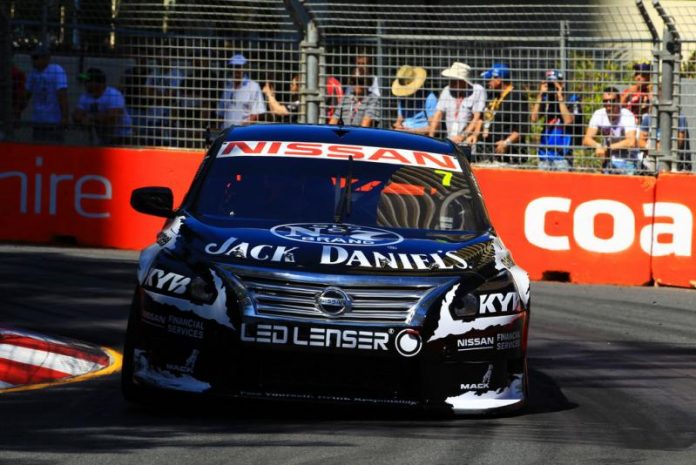 Although he’s generally struggled this year and sits outside the top 20 in the championship pointscore, Kelly becomes the fifth currently active full-time driver to join the ‘200’ club.

He joins Russell Ingall, Craig Lowndes, Garth Tander and Jason Bright in ‘Club 200’ and also his former Kmart Racing teammate Greg Murphy, who started his 200th round a few weeks ago on the Gold Coast as an endurance driver for the Holden Racing Team.

Kelly becomes just the 11th driver in championship history to achieve the feat.

The Melbourne-domiciled and Mildura raised racer actually made his first start in a V8 Supercar as co-driver to John Faulkner at the 1998 Sandown 500, though both that race and Bathurst were not a part of the championship proper until the following season.

The 35-year-old debuted in the actual championship at Eastern Creek in 1999 for the Holden Young Lions team run by Noske Racing before running the majority of the season under the HYL banner in 2000.

A single season at Perkins Engineering in 2008 under the Jack Daniel’s Racing banner rolled into Kelly Racing being established and absorbing much of what was the Perkins team.

He is in his sixth season with his own family-owned and run Kelly Racing team, which is now known as Nissan Motorsport and runs four Altimas in the championship.

Kelly has racked up 19 race wins (though none since Symmons Plains in 2008), six pole positions and 28 podium finishes in his time in the championship.

He also has solid results in the past at Phillip Island given he was the 2006 round winner for the Holden Racing Team (with two race victories) and finished overall runner-up there in 2002 (with Kmart Racing) and 2007 (in his final appearance with HRT).

Kelly and the rest of the V8 Supercar teams will be on track at Phillip Island on Friday for practice.

VIDEO: Remember when Todd was part of the infamous championship fight at Phillip Island in 2006 between his brother Rick and Craig Lowndes? Well, here it is ….