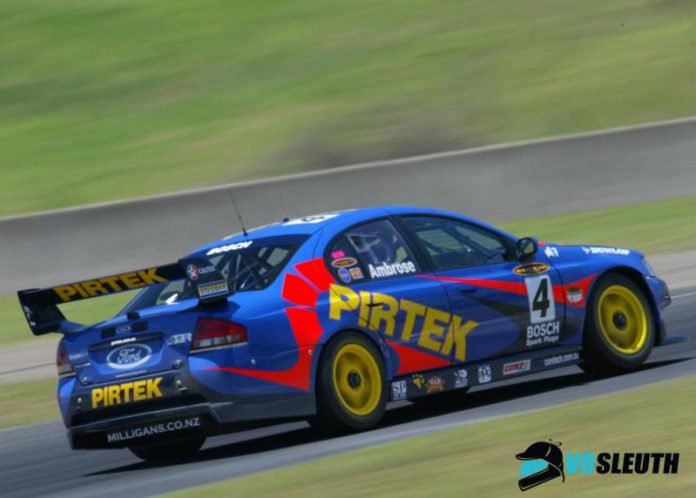 THE news that Virgin Australia Supercars Championship team Erebus Motorsporthave elected to swap Dale Wood’s 2017 entry from the #4 racing number to #99 means the end of a lineage that dates back to the founding of the team Erebus was created from – Stone Brothers Racing.

While the #4 hasn’t been the sole domain of SBR or Erebus over the number’s lifetime in championship history, it certainly has been a big part of these squads over the last two decades.

Stone Brothers Racing claimed 15 of those wins and five were taken by Hall of Famer Norm Beechey – one in 1965 when he won the ATCC at Sandown (in the days it was decided by a single race) and four with his 1970-championship winning Monaro GTS 350.

Prior to its time with Stone Brothers Racing, the #4 has featured on a range of interesting cars, drivers and teams including Wayne Gardner Racing, which had been custodians of the number from its foundation in 1994 to 1996. In fact it had inherited the number from Bob Forbes Racing (the team it had bought out), which had used it on GIO Nissan GT-Rs and a Commodore from 1991-1993.

Given its history, perhaps one day another Supercars team will decide to pounce upon the digit and return it to the track in the near future!

Here’s Marcos Ambrose winning the 2003 championship in the #4 Pirtek Ford at Eastern Creek in Sydney: