Home News Opinion OPINION: KELLY PUMPED THE BRAKES SO WHY DON’T YOU? 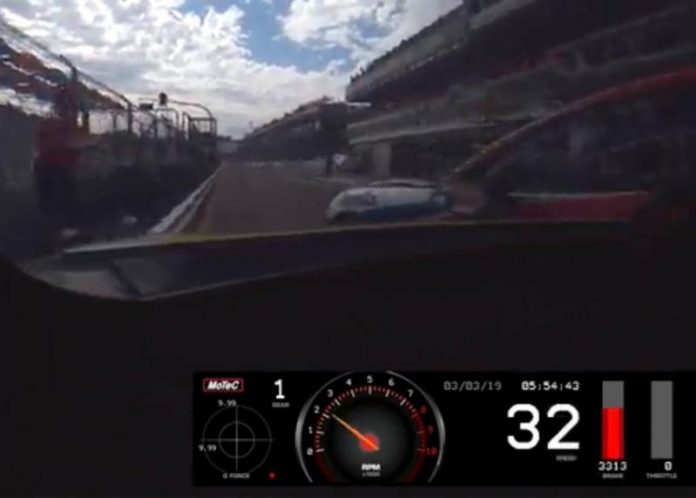 FRANKLY, Rick Kelly deserves better than what’s been dished up on social media since Sunday’s race at the Superloop Adelaide 500.

He’s the 2006 series champion, and has been a shining ambassador of the sport, its sponsors and its fans for almost two decades.

He was also not the guilty party in causing his controversial pit lane collision with Chaz Mostert.

Yet he was the person being hung, drawn and quartered in the court of social media on Sunday evening, through Monday and into Tuesday.

Kelly’s social media channels were flooded with comments from angry punters, some of which were attacks and accusations that were, simply, vile.

“What I can promise you is @rickkelly did react and hit the brake pedal with very high line pressure,” Baird tweeted.

“I will admit it didn’t look like it from the outside footage hence we took a look at onboard and data. The above is fact. Not guessing like some.”

He then added a screen grab from the judicial camera inside Kelly’s Altima (image above), with the comment: “1300 kg still takes time to stop. Hit a concrete wall at 40KPH and see the result.”

Fans are entitled to their opinions. Feeling angry about your driver getting taken out by one of the above three things is understandable.

But the sheer scale of the vitriol directed at Kelly is out of order, and massively out of proportion to the incident.

Yes, we want to see passion. From drivers, from team personnel and from fans alike.

But the worst of these comments is passion at its most misguided.

Mostert knows first hand what that’s like. He was on the receiving end of such a deluge after his tangle with a teammate at Bathurst last year.

He turned that vitriol into a positive: Mostert is now an ambassador for Dolly’s Dream.

The anti-bullying initiative is named for Amy ‘Dolly’ Everett, who – at age 14 – took her own life after facing bullying and cyberbullying.

Led by Dolly’s parents Tick and Kate and sister Meg, its mission is to drive a change in the culture around behaviour on social media.

That change begins with a thought. A pump of the brakes.

Would you say it to their face?

It’s too easy to forget that on receiving end is a person. It doesn’t matter that they’re a race car driver, they sit on the couch in the privacy of their own home and look at their phones just like you and I.

Except they don’t just see your angry comment. They see all of them. By the ten, the hundred or the thousand.