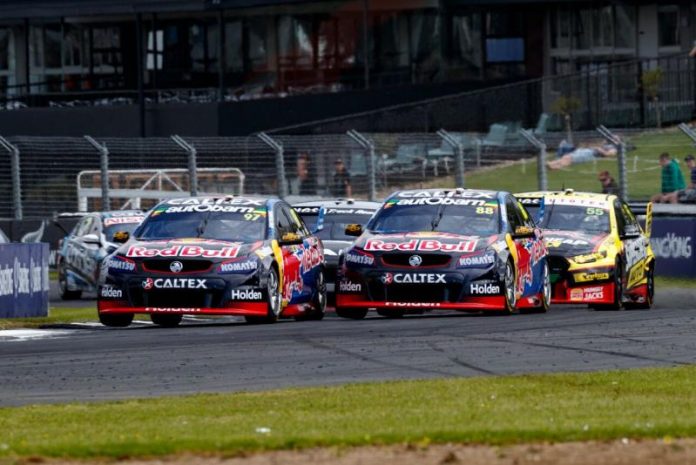 THE last few rounds of the Virgin Australia Supercars Championship have seen the word ‘redress’ used by more commentators and motorsport industry folk than young parents with non-potty trained kids.

The essence of the redress is actually one I agree with in concept, but it needs tweaking.

It’s akin to a free kick in AFL football – a small penalty is served and the game moves on with both teams and all players getting back into things.

But the important element in the AFL comparison is one we desperately need in the Supercars ‘redress’ – that the umpire decides when it’s required and how much of it.

To allow the power of the redress, or indeed some of it, to sit in the hands of the drivers is problematic.

Take that power away and instantly the Whincup/Tander/McLaughlin Bathurst accident does not occur.

Without the partial power of redress sitting in the hands of the driver, Whincup would not have slowed to wait for McLaughlin atthe exit of the Chase, Tander wouldn’t have been bottled up and the world would have got on with the motor race without any crashes – and all three cars in contention for the win.

Partway around the next lap or two the call would have come from Race Control to ask the guilty party to step aside and allow one, two or more cars through (depending on thepenalty given from the tower), and on we go with the race.

I appreciate the noble and sporting gesture involved in a driver recognising a wrong and redressing behind another car, but in my mind it’s the driver’s job to drive and the officials job to officiate.

While others have loudly criticised the whole redress system, I feel it has the potential to work quite well as an alternate form of penalty to championship point penalties or pit lane drive-through penalties.