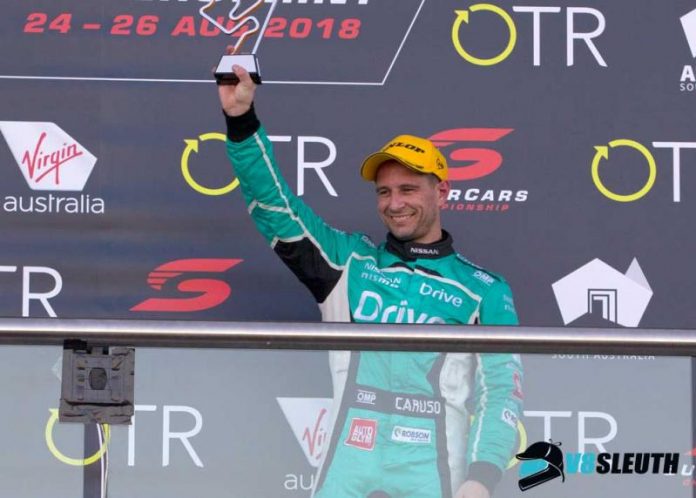 Multiple race winner slips out with barely a peep …

Last week I was planning to write this very same column but time got away from me and I put it in my list of things to do for this week.

After all, the weeks leading up to a new Australian motorsport and, in particular Supercars Championship, season are really busy no matter who you are or what role you’re in.

But on Saturday morning I was in the supermarket with my wife and bumped into the man I wanted to write about in this column.

At the deli, of all places.

He’s the forgotten man of the 2019 Supercars off-season – Michael Caruso.

He of the fast downshift and passionate radio exchange, a two-time Supercars race winner in a career covering five seasons with Garry Rogers Motorsport and six with Nissan/Kelly Racing – leaving him with 160 rounds and 346 races of championship experience.

A range of storylines have dominated this year’s off-season.

First it was Craig Lowndes heading into full-time retirement then the shock news of Garth Tander being dumped by Garry Rogers Motorsport in favour of Boost Mobile and Richie Stanaway.

Then the question of where Tander would land was quickly answered with ‘Red Bull HRT for the enduros’ and it would seem the next question fans are asking about is who will fill the Kelly Racing full-time Altima seats.

It seems a little strange that a two-time race winner and a driver that has been part of a factory program for six years should not attract any headlines.

But that’s kind of how he likes it anyway.

In November he tweeted: “It’s not my style to be in the media & to create hype; I like to get on with my business and work in the bkground.”

Out of a drive at Kelly Racing in the wake of Nissan withdrawing its factory support and without a budget to bring to continue, Caruso has virtually been in the shadows since Newcastle last year with minimal headlines, if any, written with his name in them.

He’ll be on the grid for the endurance races later in the year (the deal to be announced in due course) and is keen to work on putting together some other racing to keep him sharp prior to Bathurst in October.

While standing at the Woolies deli chatting about all things smallgoods with the guy that was runner-up in the 2007 Super2 Series for the late Jim Morton in an FPR-run ‘Ford Rising Stars’ Falcon, something dawned on me.

This latest wave of full-time drivers becoming enduro co-drivers – ie. Lowndes, Tander, Caruso – is the next significant wave of drivers in such positions, therefore phasing out other former full-time drivers that have been in co-driver roles for the last few years.

The grid has shrunk by two more cars this year and is down to 24 with funded/connected drivers more and more required by more and more of the pit lane, no matter whether full-time or enduro-only.

So we’ve likely seen the end of some co-drivers’ Supercars careers as well as a result of some of these moves higher up the chain.

That’s life; it all flows in a cycle, a cycle that can only really be broken by the ‘bounced’ if they can put together a commercial package and funding to help them ‘ride the water slide’ back into said pool.

Caruso isn’t the first and he won’t be the last to find his full-time Supercars career end earlier than it would have perhaps ended in the ideal world.