Home News Opinion OPINION: WHY FROSTY CAN WIN IN 2019 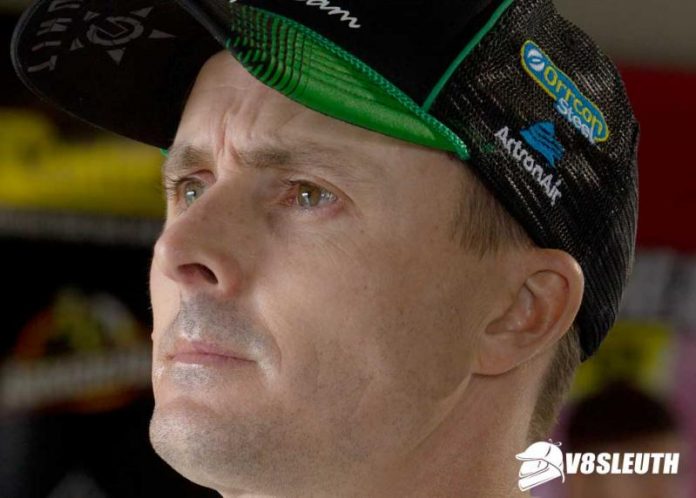 With a ‘new old’ car and a reorganised Team 18, we reckon it’s game on!

WHEN you stop and look at all of the pieces that have been assembled for Charlie Schwerkolt’s re-organised Team 18 squad for the 2019 Virgin Australia Supercars Championship, one thing springs into my mind.

They can do something this year they’ve never come within a bull’s roar of … win a race.

While much of the pre-season focus will be around Mark Winterbottom’s change of brands and teams, it’s the hardware – and more to the point the connectivity of the hardware back to its creator – that is the element that perhaps should be more in focus.

This year Team 18 has swapped chassis, moving into the original ZB Commodore produced by Triple Eight, raced once by Jamie Whincup at Pukekohe last season while his regular mount was repaired from the Gold Coast.

In fact, Winterbottom will get to sample it tomorrow (Tuesday) at a handover day at Queensland Raceway.

The car driven for the last few seasons by Lee Holdsworth (built to replace the car heavily damaged in the accident in Darwin that sidelined him for a few months in 2016) has headed north to Triple Eight to become its spare chassis given it sold off two cars at the end of last year (Whincup’s regular car has gone to Matt Stone Racing, the ex-Lowndes car is now in Scott Taylor’s private collection).

Team 18 running a T8-built chassis is nothing new, however in previous years with Holdsworth steering, Jeff Grech managing and Preston Hire sponsoring, the team didn’t have the all-crucial technical tie-in with Triple Eight and was forging its own path, with little on-track results to show for it.

Now they have this tie-in with Winterbottom due to get the same spec machinery as his long-time rivals Jamie Whincup and Shane van Gisbergen.

Couple that with an experienced engineer in Phil Keed, new team manager Steve Henderson (formerly of Perkins, FTR, PWR etc) and endurance driver Steve Richards – the reunification of the 2013 Bathurst-winning partnership due to be officially confirmed pre-season – and you’ve got some very nice ingredients.

Baking the cake will, naturally, not be simple and it will take time for this overall combination under the IRWIN Tools banner to gel.

But I just have a feeling we’re going to be writing a headline sometime this year that Mark Winterbottom is back in victory lane, one he hasn’t been in as a winner in Supercars since Pukekohe 2016.

I really reckon he can grab a race win this season, maybe two.

Sure, he’s going to have to learn a new car and a new way of doing things when aboard a car built in Banyo rather than one from Campbellfield in Melbourne, but he’s a pro.

Having a Triple Eight-built and supported car isn’t a guarantee of instant success.