Home News Opinion OPINION: WHY THE CRAZY DAVE V8 HONEYMOON IS OVER 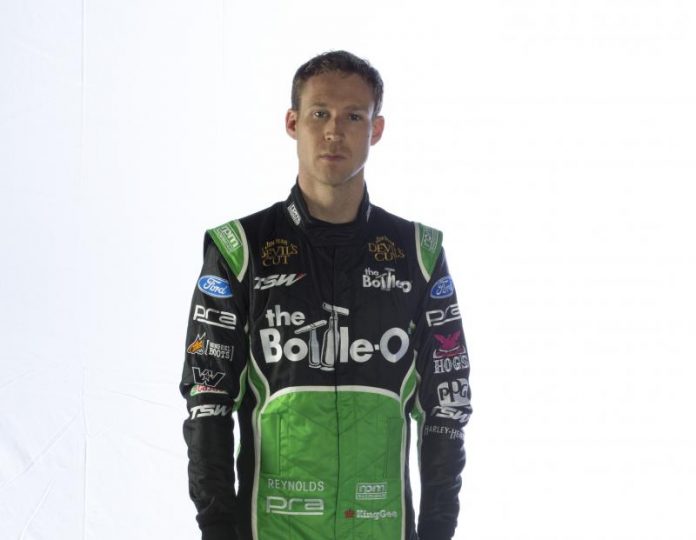 The Bottle-O pilot David Reynolds is skating on thin ice. V8 Sleuth reckons he’s one more dud season away from being bounced out of the main game …

He’s a bit different to the regular V8 Supercar driver.

He’s awkward, has a sense of humour that sometimes probably goes into areas it shouldn’t (often!) and you never quite know what is going to come out of his mouth next.

Actually, he doesn’t know what is about to come out of his mouth next …

But the honeymoon is over – it’s time to perform.

We have waited long enough and been teased by what he COULD do for too long.

His Formula Ford title in 2004 and Porsche Carrera Cup victory in 2007 showed that pedigree and success in the lower categories was no problem.

His DVS appearance in 2008 in Tony D’Alberto’s Commodore showed enough signs and some podium positions.

The 2009 rookie season in the Bundy car wasn’t as bad as the results sheet may perhaps show and he deserved another year in 2010 to continue to build.

2011 was a solid year at Kelly Racing – it showed he was capable and the upward trajectory was continuing.

But now after three seasons in the Rod Nash Racing-owned and FPR/PRA-run #55 Falcon, Reynolds’ V8 Supercar career situation is borderline at best as 2015 begins – the last season of his current two-year contract.

His 2012 season was solid. After a messy move from Kelly Racing, he turned in plenty of great qualifying performances and finished runner-up at Bathurst. He took genuine steps forward.

It all pointed to further building in 2013 – but we’re still waiting for it to happen and time is ticking.

That pot-plant-throwing race win on the Gold Coast in October 2013 seems so long ago – in fact he didn’t step on a podium again until Sydney’s final round last year.

All up Reynolds has started 104 races in good gear from FPR/PRA over the last three seasons – and won just one single race.

In the same period, teammates Mark Winterbottom, Will Davison and Chaz Mostert won a combined 22.

Last year there were 38 races in the championship – Reynolds finished in the top five in just four of them and in the top 10 on 17 occasions.

For the equipment he’s been in, his results have been well below par and it’s results that drivers are ultimately judged on.

The formula is simple even if the pathway to it is not.

Get results andteam owners and sponsors are happy and media types don’t write columns getting on your back.

The ‘Crazy, Funny Dave’ persona isn’t enough anymore to distract from the results sheet – a sheet that saw him finish 15th in the championship last year.

In Reynolds’ defence, three engineers in four years (James Small, Nathaniel Osborne and now Brad Wischusen) certainly makes it hard to get things flowing, but other drivers have overcome similar changes to get results.

But it can’t be used as an excuse.

V8 Supercar racing is tough and nowhere as easy as some would suggest – but putting another season in like last year and getting bounced out of a full-time ride would be even tougher.

The fact PRA has a young, hungry and developing driver in the wings like Cameron Waters in the Dunlop Series should have Reynolds nervous too.

The ball is very much in his court this year.