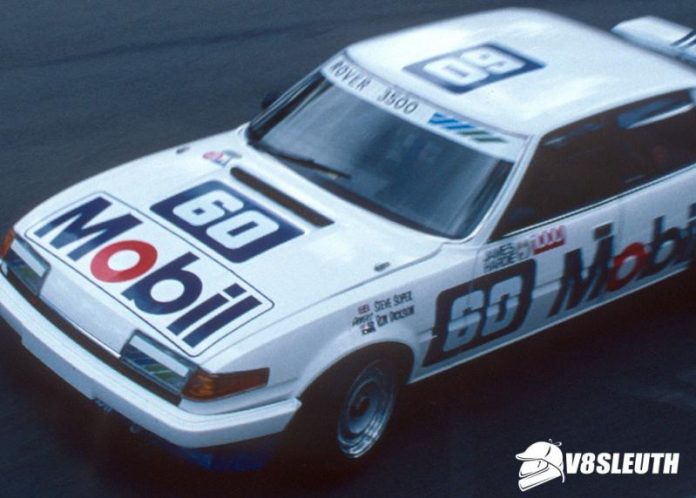 ONE of the two cars that comprised Tom Walkinshaw Racing's first assault on the Bathurst 1000 has gone on the market in Europe.

While TWR's successful three-car Jaguar XJ-S campaign of 1985 is well remembered, the squad first made the trek to Mount Panorama a year earlier.

It entered a pair of Mobil-backed Rover Vitesses in the Group A class of the 1984 James Hardie 1000, a precursor to the Australia's wholesale adoption of the international touring car rules in 1985.

England's Steve Soper was joined by Australia's Ron Dickson in TWR 011, the car which is for sale, entered as #60 alongside a sister car driven by Jeff Allam and Armin Hahne.

While the Allam/Hahne car won its class by finishing 12th outright – 11 laps behind the winning Marlboro Holden Dealer Team Commodore of Peter Brock and Larry Perkins – the Soper/Dickson car was the last classified finisher in 29th after a mid-race crash at Forrest's Elbow.

According to its sale listing, Bathurst was the first of just three races the car started in period.

Walkinshaw himself drove the car with Dickson in New Zealand for the Nissan Mobil 500 races at Wellington and Pukekohe in early 1985, before the car was sold to Portugal later that year.

In 2014, TWR 011 was acquired by a French collector who returned it to active service in historic racing events in Europe.