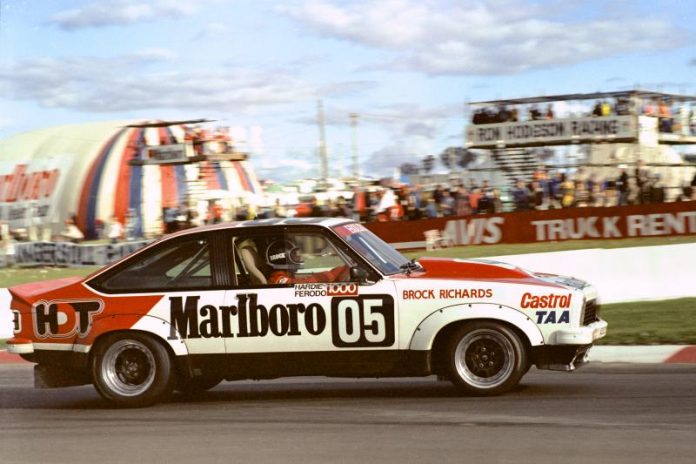 What was the A9X Torana’s greatest racing achievement?

THIS year marks the 40th anniversary of the introduction of the all-conquering Holden Torana A9X race car – and what a machine it was.

At V8 Sleuth we love sharing our Australian motor racing history with you, so we’ve compiled a list of the top five Torana A9X moments.

Ford fans may want to look away now …

Surely this is hands down the A9X’s greatest moment. Peter Brock, Jim Richards and the Holden Dealer Team’s domination of the 1979 Bathurst 1000.

Leading from start to finish, winning the race six laps ahead of the second placed car and breaking the lap record on the last lap – arguably Holden’s greatest day at the Mountain.

Who would have bet against Brock in the race for the 1979 Australian Touring Car Championship? This was David (though a very, very good David) versus Goliath, and the privateer underdog Ron Hodgson Racing A9X toppling the ‘factory’ team.

Morris’ wins at Oran Park, Sandown, Lakeside and Adelaide were enough to take the title from Brock, their dice in the final round in South Australia an epic.

There were eight rounds in the 1979 championship and the A9X took eight victories: enough said really!

Four round wins to Morris, three to Brock and one to John Harvey.

In 1979 Ford hero Allan Moffat accepted an invitation for a one-off drive in the second Ron Hodgson Racing A9X in the second round of the AMSCAR Series at Amaroo Park – and won a race!

Moffat in a Torana looked very strange – people didn’t know whether to cheer or cry!

Peter Brock won the first race the Torana A9X competed in 40 years ago this September, driving his Bill Patterson Racing hatchback to victory in the 1977 Hang Ten 400 at Sandown.

The team only completed the build of the car in the Sandown pits hours before the race and parts shortages resulted in Brock racing with standard Torana road car rear brakes!

Do you have your favourite A9X moments that perhaps didn’t make the list?