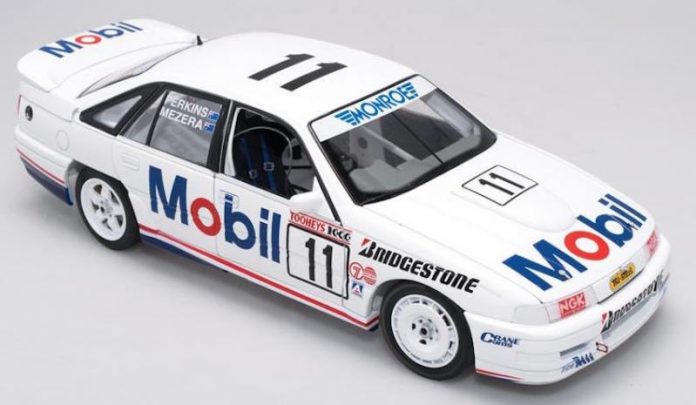 LARRY Perkins won Bathurst three times with Peter Brock in the 1980s but they duo joined forces under the Mobil 1 Racing banner for a single season in 1991 – and now you can own the 1:18 scale model of Larry’s car from that year’s Tooheys 1000 at Bathurst.

Driven by Perkins and Tomas Mezera, the #11 Mobil 1 Racing VN Commodore SS Group A has been produced by Biante in die-cast with very high detail and actually differs in its tooling from the sister #05 Peter Brock/Andrew Miedecke car.

Those differences include the addition of the switch panel in the cockpit and the removal of the in-car camera which reflects the Perkins entry on the day of The Great Race in ’91.

This model will form part of the Biante Larry Perkins Collection and will be produced in an exclusive limited edition of only 1008 pieces with a numbered Certificate of Authenticity signed by Larry.

It will be available to purchase online at Biante’s website here from 2.00pm AEDT today (Friday October 27).