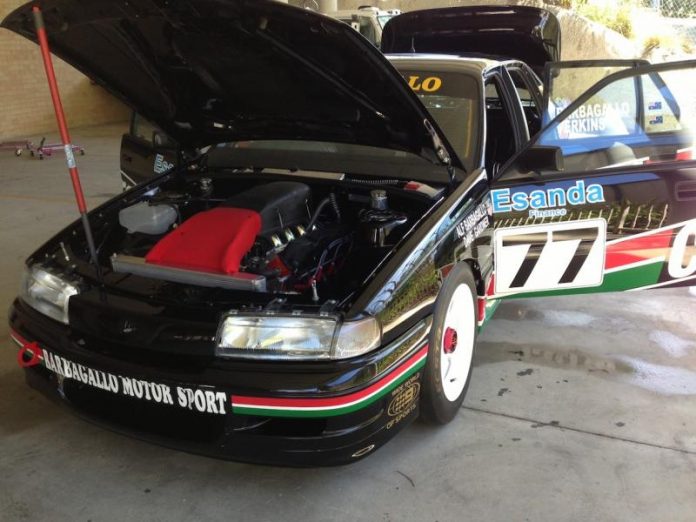 Here are the first photos of the ex-Alf Barbagallo Commodore VN now restored back to its 1992 specification and livery as carried by Barbagallo.

After spending time racing in V8 Supercars and in the Development Series, the car was purchased by David Gardner a few years ago and the restoration job has now been completed – how good does it look!

We also understand the owner will get none other than Jack Perkins to do some running in the car at some stage, which sounds like a good plan.

PE 015 was built by Perkins Engineering for Alf Barbagallo and was the fifth VN model Commodore produced by the team for Group A touring car racing.