Home News PETER BROCK: THE KING OF THE MOUNTAIN 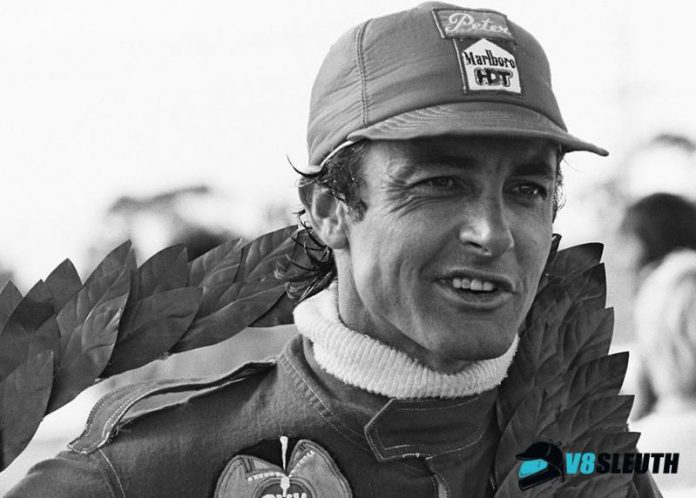 FOR all that has been said and written about him, it’s impossible to deny that Peter Brock will forever be known as ‘King of the Mountain’.

The Australian motorsport legend sadly died in 2006 (13 years ago yesterday in fact), however his name and deeds at Mount Panorama will be revered for years to come.

It was 1969 – the year man first landed on the moon – that Brock first competed in ‘The Great Race’, claiming third place in a GTS 350 Monaro shared with Des West.

From there he’d be a regular part of Holden’s factory line-up at Bathurst and in Aussie motorsport with the Holden Dealer Team, save for a few years in the mid to late 1970s when he elected to operate as a privateer, though very much still driving Holden products.

The introduction of the six-cylinder Torana XU-1 in 1970 meant that Brock and HDT weren’t outright contenders for a few years at Bathurst, however he delivered his first of nine ‘Great Race’ victories in 1972.

Along the way the Brock/factory Holden period of his career delivered performances and results unlikely to ever be repeated in the future.

He won six of the seven Bathursts held from 1978 to 1984 (only missing 1981), with a pair of three-peats – one with Jim Richards covering Torana and Commodore from 1978-80 and another with Larry Perkins in HDT Commodores from 1982-84 (John Harvey also drove in the ’83 win after the now infamous ‘car swap’ early in the race).

The introduction of the international Group A formula blunted Brock’s abilities to win Bathurst almost at will, though it delivered the stunning news in 1986 of he and long-time Ford ace Allan Moffat pairing up in a factory Commodore at the Mountain.

That year proved to be Brock’s final Bathurst in a factory-backed Holden for nearly a decade, dalliances in other brands of car and teams bringing him full circle to joining the TWR-run Holden Racing Team for 1994.

His final Bathurst as a full-time V8 Supercar driver in 1997 was undoubtedly ‘one that got away’ with Brock stepping out of the car to hand over to Mark Skaife in the lead after the first stint before an airbox fire put them out.

That appeared to be Brock’s final Bathurst though he ultimately returned to help lead a Holden Monaro 1-2 in the 24 Race in 2003 before accepting the offer of one final Bathurst 1000 appearance with the Holden Racing Team in 2004.

That meant that Brock had both started and finished his amazing Bathurst career in factory-backed Holdens, an appropriate way to close the chapter of one of the most interesting and engaging books in Australian motorsport.

Further analysis shows that Brock’s famous wins and achievements at Bathurst all came in his Holden factory-backed eras in the sport.

Seven of his nine wins came in HDT cars while four of his six poles and nine of his 11 podiums came the same way.

Peter Brock remains a giant of Holden’s history in Australia. He unquestionably sold more Holden road cars in this country via his deeds on the circuit – in particular at Bathurst – than the best salesperson could ever manage on the showroom floor.

He holds a special place in the history of Holden’s factory-backed motorsport in Australia, an icon forever.