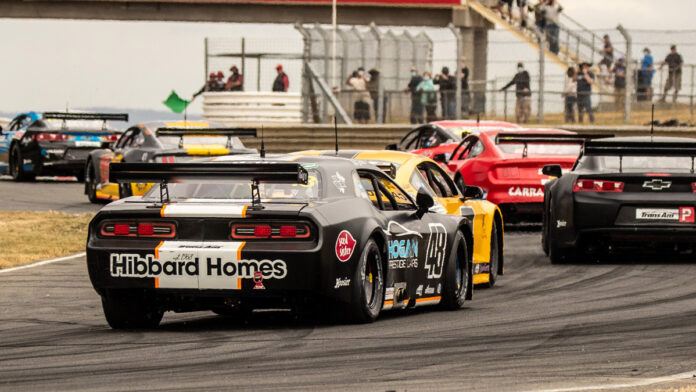 A PACKED field of 27 cars will compete across three 13-lap races at Phillip Island Raceway this weekend for Round 2 of the Turtle Wax Trans Am Series.

Experienced drivers such as Ben Grice, Nash Morris, Owen Kelly and Brett Holdsworth will be aiming to improve their results from Symmons Plains after difficult weekends.

Tim Brook holds a slender two-point lead from Nathan Herne following on from a closely fought battle during round one at Symmons Plains in February.

Dream Racing Australia’s Kyle Gurton scored his maiden Turtle Wax Trans Am Series podium at Phillip Island last year, but signalled himself as a contender during round one by challenging Herne and Brook for victory and lies third only 12 points behind Brook.

Trans Am will be joined over the weekend by TCR Australia, S5000 and the GT World Challenge Australia as part of the weekend’s schedule.

Race one commences on Saturday at 2:55pm, with race two and race three being held at 11:20am and 2:55pm respectively on Sunday.