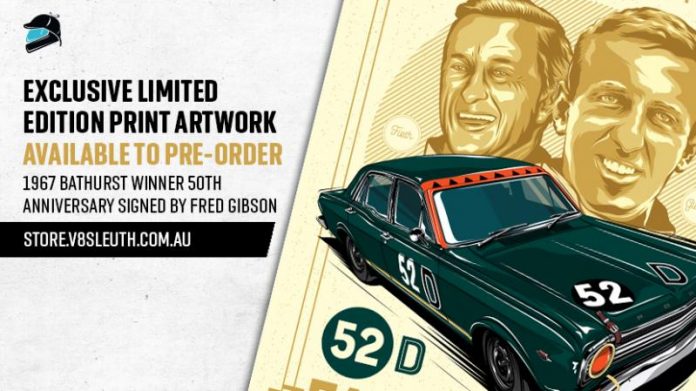 THIS year there are a range of special anniversaries in relation to Bathurst history with one notable one being that this year is the 50th anniversary of the first Falcon win in the Mount Panorama endurance classic.

Back in 1967 it was Harry Firth and Fred Gibson that claimed victory in their #52D Ford Motor Company-entered Falcon XR GT, also becoming the first drivers to win the Bathurst enduro aboard a V8-powered car.

This collector’s edition illustrated print is being produced in a verylimited run and has been open for pre-order this week – click here to pre-order.

All prints will be hand-signed by Fred Gibson and will be individually numbered.

To ensure you don’t miss out on this very limited run print, pre-order here now.