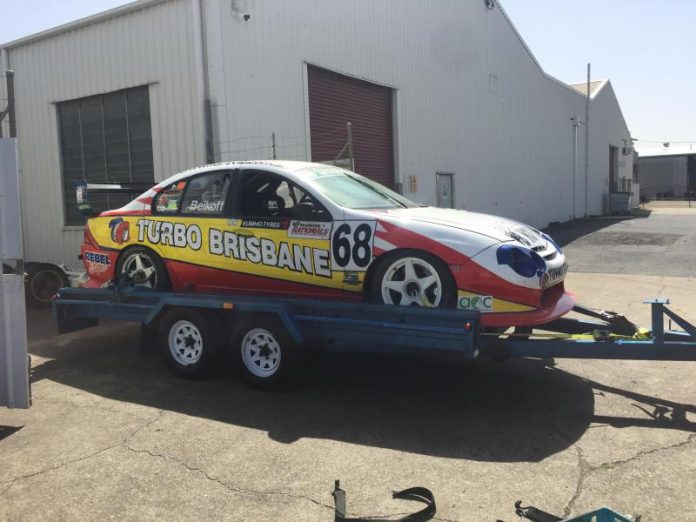 A FORMER privateer Ford Falcon V8 Supercar that has lay idle for nearly a decade has found a new home and will be heading back to the race track.

Queensland father and son duo Shane and Jono Beikoff raced their ex-Rod Salmon Falcon AU in both the Fujitsu Series and in the Kumho Series, though have decided to sell their V8 racer.

Victorian Andrew Cook is the car’s new owner and collected the Falcon on the weekend.

“I’ve been in Sports Sedans in the Victorian series in the last three or four years and my Dad was in racing many years ago travelling with the Group A and C era, I was a kid in the pits those days now I have got a car myself,” he told V8 Sleuth this week.

Cook has got one of Marcus Zukanovic’s old Commodore Cup cars he’s been running in Sports Sedans and restored an ex-Ray Sidebottom APS team Commodore Future Tourer prior to selling it.

Cook is the latest amid a range of new owners of ex-V8 Supercars as a range of people in the industry race to secure a pre-2002 car ahead of the mooted introduction of such cars to Historic motorsport in the future.

His new acquisition was built new in 2000 and initially run by Rod Salmon and Damien White.

It was sold to Beikoff in 2004 to replace his ex-Stone Brothers EL Falcon and was also raced by Malaysian ex-F1 driver Alex Yoong that year in Konica Series rounds at Queensland Raceway and Eastern Creek.

The Falcon last made a race start in 2009 in the Kumho V8 Touring Car Series.