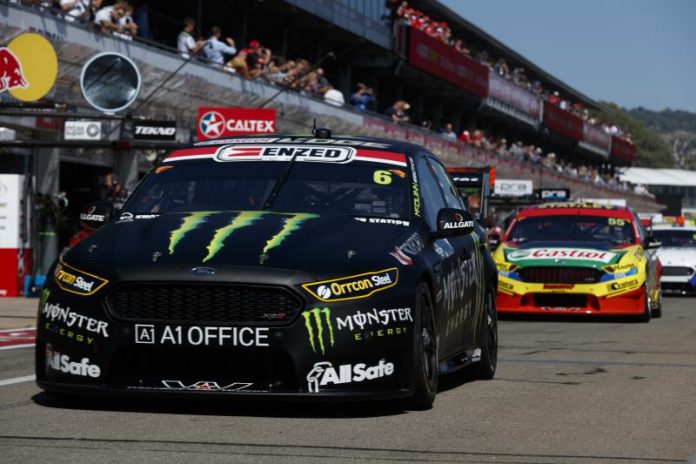 THE team originally known as Ford Performance Racing and of late as Prodrive Racing Australia will become Tickford Racing in 2018.

Confirmed this morning by the team, the announcement is no shock given reports of this change have been swirling for some time.

The change has been made, according to the team, to more closely align the racing team with its sister company, vehicle personalization and performance business, Tickford.

Tickford is an official partner of V8 Sleuth, the ‘powering’ partner of the site’s ever-popular Classifieds pages.

A wide range of historically significant and successful cars can be found for sale on the page here.

Tickford Racing will field four FG X Falcons in the Virgin Australia Supercars Championship in 2018 with Mark Winterbottom, Chaz Mostert, Cameron Waters and Richie Stanaway at the helm of the four entries.

The Tickford name last appearance in Supercars racing when Glenn Seton operated his Falcon squad under the Ford Tickford Racing banner from 1999 to 2001.

Tickford appeared on the fenders of the PRA-run Falcons this year following the announcement of the brand’s return in September 2016.

“We’ve been considering the possibility of changing the team’s name for some time and I am pleased to announce that we’ll take on the Tickford Racing name for 2018 and beyond,” says Tickford Managing Director Rod Nash.

“The change creates a strong overall link between our rapidly growing performance road car business and our racing division. The new logo provides a very obvious brand identity for Tickford both on the race track and on the road.

“We were conscious of how another name change might be perceived by our fans and members given all the success we’ve had under the PRA banner with championships in the main game and Super2 plus Bathurst success.