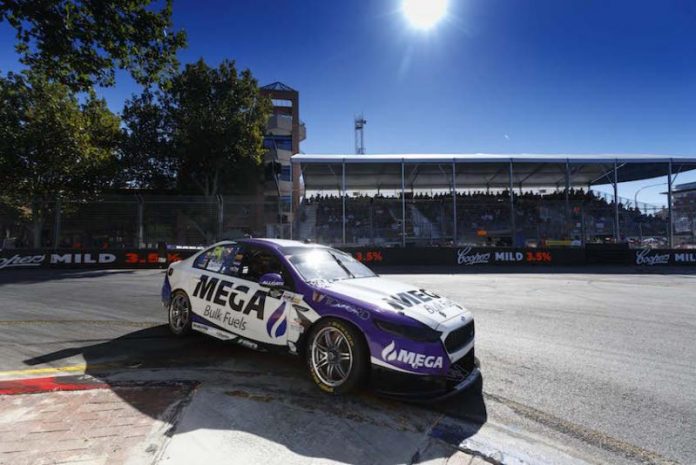 The MEGA Fuels #56 Falcon pilot started the season in Adelaide aboard the former Super Black Racing FG X Falcon, though will swap chassis for Albert Park.

He will take over Mark Winterbottom’s 2015 championship-winning car that was used by Winterbottom in the first half of last season until becoming the Monster Energy car of Cameron Waters in the second half of the year from Townsville onwards.

“We had a pretty good finish to Adelaide, I was pretty happy with how the Sunday went there so it gives us a chance to play with the car a little bit more.

“Obviously there are a few changes for us this weekend with a different chassis and a few other changes but I think it’s a good chance for us to feel all of that out before we head to the next round of the championship.”

Bright’s new car was debuted by the team (then known as Ford Performance Racing) in 2014 and driven by Winterbottom throughout both that season and his 2015 championship-winning year.

The Supercars hit the track tomorrow at Albert Park.