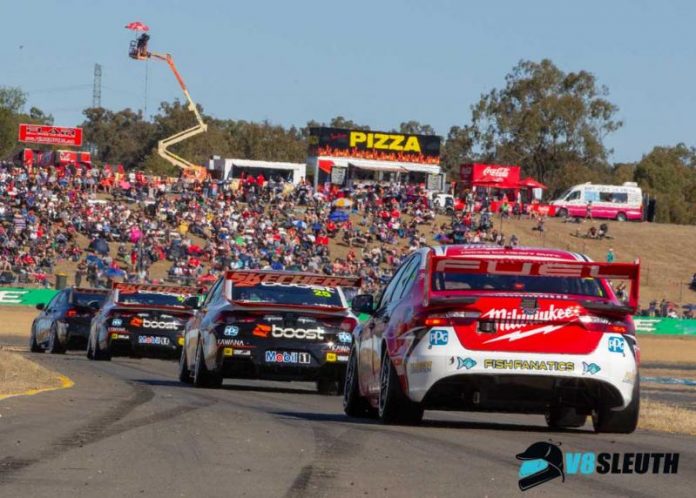 SUPERCARS has revealed a raft of changes to the qualifying formats for the 2019 Virgin Australia Supercars Championship.

Headlining the changes is the increased use of the knockout qualifying system introduced this year at the Symmons Plains, Barbagallo and Sydney Motorsport Park rounds.

The knockout format will now be used at seven SuperSprint rounds of the 2019 championship across a total of 13 races, including at Symmons Plains, Phillip Island, Barbagallo for the track’s inaugural SuperNight round, Winton, Hidden Valley – only on Saturday, with Sunday featuring the traditional 20 minute session and Top 10 Shootout – Queensland Raceway and The Bend.

The format has also been given a tweak, with the Q1 field determined by the times from a single practice session, rather than on combined times as in 2018.

The number of Top 10 Shootouts will drop by one to eight in 2019, the Gold Coast 600 reverting to just a Sunday shootout after featuring them on both days this year.

POINTS ON THE LINE IN RACE FOR THE GRID

The Sandown 500’s Race for the Grid sprints will now be officially considered championship races for the first time, counting as Races 28 and 29 of the 32-race championship.

The move will see championship points awarded for each sprint for the first time since 2012, with the winning driver of each receiving 50 points.

Sunday’s main race, the final leg of the Pirtek Enduro Cup, will carry a maximum haul of 250 for the winners.

The 2019 Virgin Australia Supercars Championship gets underway a day earlier than in years past, with the first Supercars practice session set to take place on the Thursday evening of the Superloop Adelaide 500.