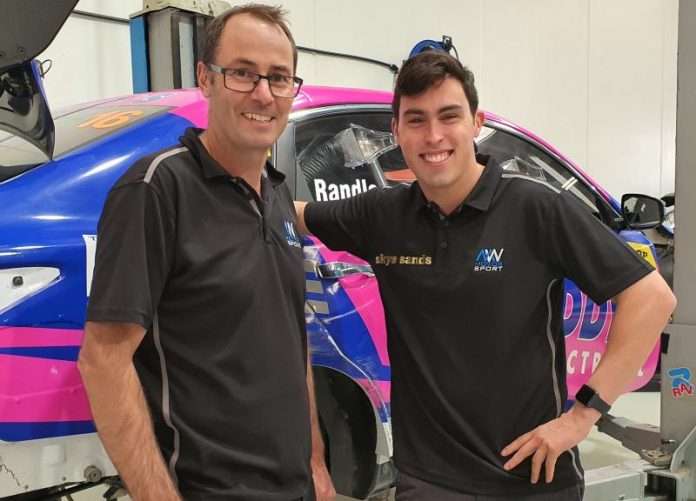 THOMAS Randle will return to the Dunlop Super2 Series in 2020, but not with Tickford Racing.

The 23-year-old will join MW Motorsport next year and drive the same Nissan Altima steered to this year’s series title by Bryce Fullwood. Randle's old Tickford car will be taken over by Super3 Series Champion Broc Feeney, a deal announced earlier this week.

Randle finished third in this year’s Super2 Series taking victories at Queensland Raceway and Bathurst; the latter after first-across-the-line Fullwood was given a post-race penalty for excessive speed under yellow flags.

Randle also made his Supercars Championship debut at The Bend and co-drove with Lee Holdsworth in the Pirtek Enduro Cup, claiming his maiden podium finish in the Sandown 500.

“Matt has plenty of history in the sport, after forming his team in 2000 to further his own career, so it’s great to be driving for someone who is an ex-racer and has a huge amount of knowledge,” says Randle.

“Matt’s had a lot of success in Supercars and I believe it is the right place for me to be in 2020 to win the Dunlop Super2 Series.

“The MWM team have had some great drivers in their stable in the past, and hopefully I can add to that list. To be driving the 2019 championship-winning car will be a privilege and I’m just really looking forward to getting stuck into things for the first time at the beginning of the new year.

“I’d like to thank everyone from Tickford Racing for the past two years. It has been a pleasure to drive for them and I’ve certainly learnt a lot during my time there, which I’m sure will be very beneficial to my 2020 campaign.”

MW Motorsport is aiming to continue as a three-car team in the Dunlop Super2 Series with two other drivers to be confirmed in coming months.

This year saw MW Motorsport claim its third Super2 Series crown, Fullwood’s success following that of Jonathon Webb in 2009 and Dale Wood in 2013.