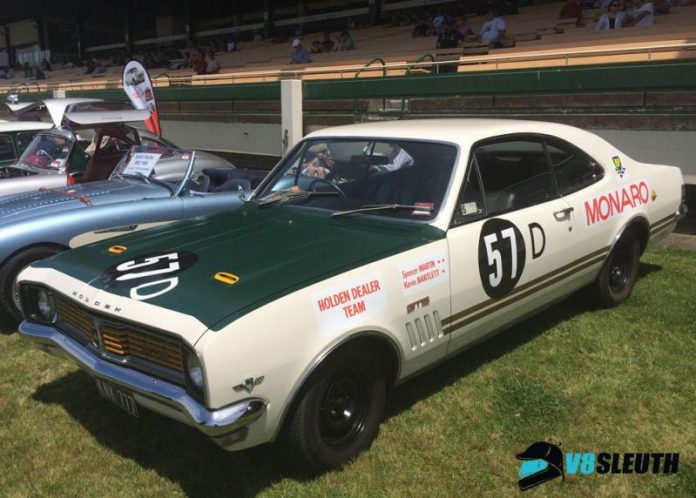 THE Holden Dealer Team is one of the most famous names in the history of Australian touring car racing and its very first car holds special place with muscle car fans across the country.

And now, for the first time in years, it’s on the market for a savvy collector to snap up.

The Monaro GTS 350, driven by Spencer Martin and Kevin Bartlett in the 1969 Sandown 3 Hour, marked the beginning of the HDT run under Harry Firth.

This particular car qualified on the front row of the grid but suffered brake problems that pitched Martin off the road at the first corner, through the fence and onto the access road outside the circuit – all on fire!

And thus ended a rather disastrous debut of the HDT that would end up becoming a colossus of Aussie motorsport.

ThisMonaro wasn’t one of the cars used for the Hardie-Ferodo 500 at Bathurst that year, a race won by Colin Bond and the late Tony Roberts for HDT with Des West and Peter Brock finishing third.

The Sandown car was repaired and sold via tender in 1970.

Its current owner has had the car since 1998 and is selling the car via a tender process.