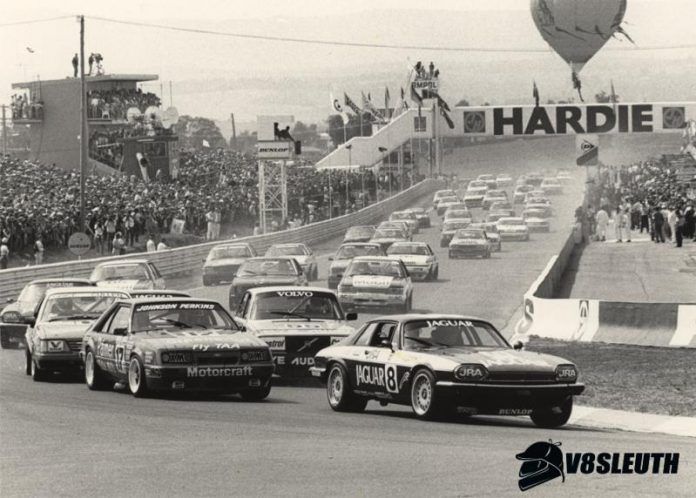 CONTINUING the trend of providing popular motorsport DVD releases, V8 Sleuth is shaping up for a cracking year in 2018 with more previously unseen footage, remastered races and classic collections making their way into our V8 Sleuth Online Store.

With a wide range of DVDs already available here in our V8 Sleuth Online Store, fans can expect a host of new titles and continuations of our favourite series over the coming months beginning in July with a special re-release celebrating ’50 Years of The Monaro’.

Here’s the release schedule, as it sits, for this year’s batch of DVD titles.

– Celebrating 50 Years of The Monaro (re-release)

Highlighting the upcoming releases is the extension of Seven’s Magic Moments of Motorsport range with another full-length Bathurst 1000 release due in August featuring the 1985 James Hardie 1000.

The DVD will feature the race in its entirety and showcase unseen footage from the year the mighty TWR Jaguars reigned supreme. The release will be followed in December with the 1986 edition of The Great Race, also set to feature previously unseen footage recorded while viewers on the day were otherwise watching commercial breaks!

This year will see another driver-specific title with a look at some of Jim Richards’ most memorable performances in ‘Three of Jim’s Best’ including his wins in the Australian Touring Car Championship rounds at Amaroo in 1985, Surfers Paradise in 1987 and Amaroo in 1990.

The release is due in September as a follow up to the series that has already featured Craig Lowndes, Peter Brock and Dick Johnson.

Circuits are a focus amongst the influx of new DVDs with the second volume of ‘Awesome Amaroo’ due for release in August highlighting never-before-seen races and vision saved by the V8 Sleuth team from obsolete tape stock.

Volume one of ‘Awesome Amaroo’ is available here.

Track-specific titles have proved very popular in recent years, so ‘Wonderful Winton’ will be part of the release schedule for 2018 featuring ATCC rounds from 1988, 1992 and 1993, including support races.

In addition to the great touring car action on offer will be a special release in the Classic Australian Motorsport Series featuring the 1992, 1993 and 1994 editions of the Bathurst 12 Hour.

The box set covering the 2007-2015 Bathurst 12 Hour races is already available here in our V8 Sleuth Online Store to purchase.

Keep an eye on the V8 Sleuth website and online store for additional titles and some yet-to-be-announced box sets throughout the year.