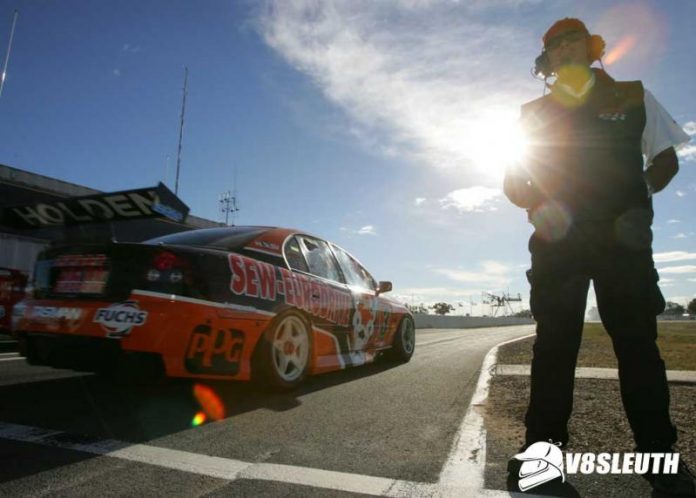 WE’RE remembering one of the good guys of Supercars racing today at V8 Sleuth, with December 15 marking seven years since the passing of Jason Richards.

The popular Kiwi, who lost his battle with a rare form of cancer in 2011, is still warmly remembered for his charisma, charm, infectious smile and a burgeoning driving career that was tragically cut short by his illness.

History also records Richards as one of just 78 drivers to have claimed an Australian Touring Car/V8 Supercars Championship race victory – although it wasn’t one he beat his chest too loudly about.

Richards’ sole win came amid the unpopular reverse grid races of the 2006 season, claiming the maiden triumph for both he and Tasman Motorsport at Winton.

By dint of being the second-last classified finisher in the opening race of the weekend, the #3 Holden started alongside Marcus Marshall on the front row, Richards passing the Ford on Lap 2 and leading every other lap bar during the pit stop cycle.

“Probably not the best one to win, but a win’s a win!” then-engineer Wally Story told Richards over the radio as he took the chequered flag.

Not that the lead Tasman Holden wasn’t quick that weekend.

Richards was second-fastest in Friday practice and qualified third for the Top 10 Shootout, and was among the leaders in the opening race until contact with Steven Richards broke a steering arm and punctured a tyre, the Tasman crew making repairs and sending him back out to be classified as a finisher.