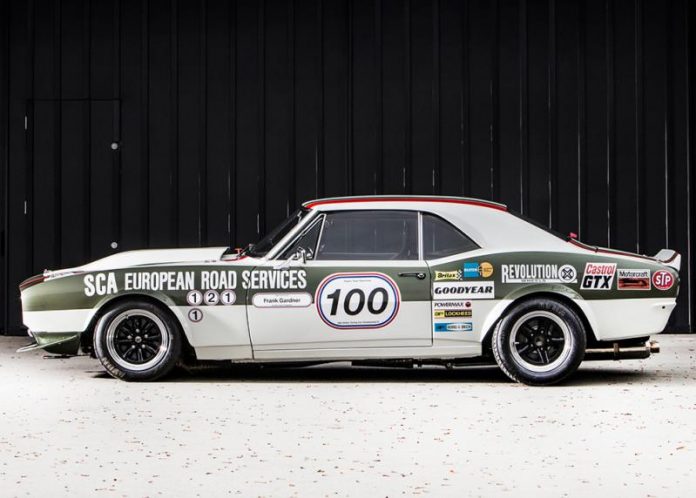 A RESTORED Chevrolet Camaro raced to victory by Frank Gardner andcampaigned in Australiahas come onto the market in England.

Built by the same person responsible for Team Penske’s Sunoco cars, this 1967 Chevrolet Camaro Z28 began its life in that year’sTrans-Am Series in the United States, racing for one season before being sold to England to race in the British Saloon Car Championship.

Gardner stepped behind the wheel of the car in 1971, racing with the SCA Freight Team and netting a pair of wins at Silverstone and Croft, but falling short of the title after a puncture while leading the final race of the season.

While Gardner eventually claimed the title for the SCA squad aboard a second-generation Camaro, this car was raced by SCA in Jaegermeister colours in Europe in 1972before heading to New Zealand and then Australia, where Gardner raced it againstthe top Improved Production cars and Sports Sedans of the era.

It then sold to Bob Janewho onsold it to John Pollard, who raced the machine in Sports Sedans (pictured above, #76) in the 1970s.

After passing through a couple of owners, the car returnedto England in 2010 where it was put through a meticulous restoration back to its 1971 specification, still retaining its original shell, the original engine used during its European campaign, and Gardner’s original seat and steering wheel.

Click HERE to head to Duncan Hamilton ROFGO to see the car’s listing.