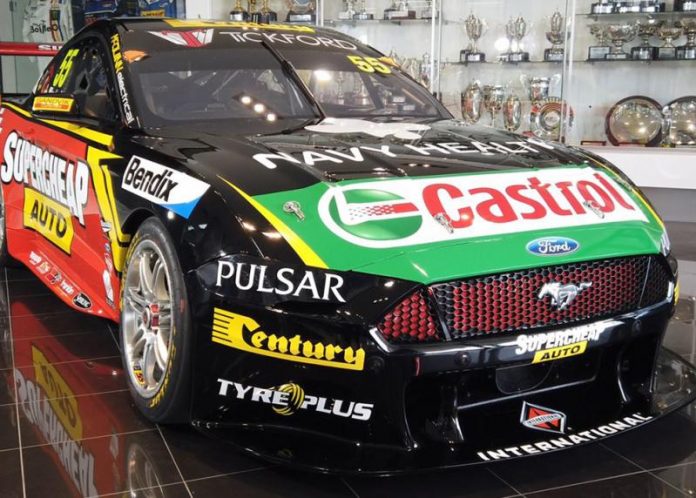 CHAZ Mostert’s #55 Ford Mustang will roll out with a new livery at this weekend’s Tyrepower Tasmania SuperSprint.

Black now takes up more real estate on the Supercheap Auto-backed Tickford Racing entry, taking over the roof, pillars and bootlid, while yellow striping separatesit from the red on the doors and rear guards.

Mostert will be hoping the new livery is successful on track as the one it replaced.

He’s currently sitting third in points off the back of winning the Larry Perkins Trophy at the Melbourne 400, while Mostert is the only driver other than Scott McLaughlin to have won a race so far in 2019.