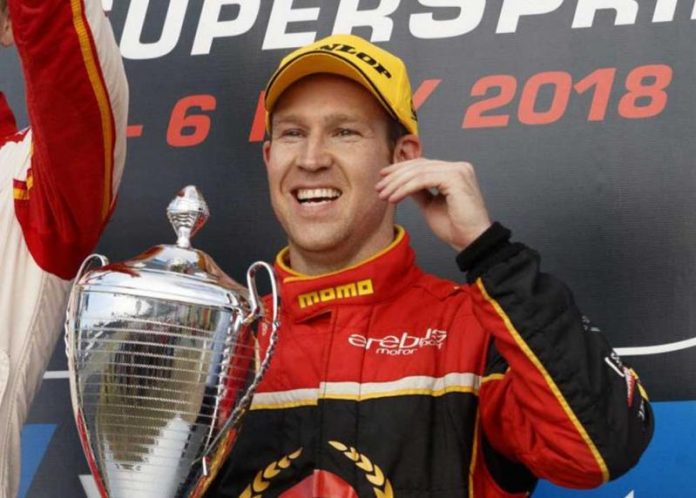 DAVID Reynolds took home both his second straight Barry Sheene Medal as well as the Drivers’ Driver Award at the season-ending Supercars Gala Awards, held this year at The Westin in Sydney on Monday night.

After being announced as the Barry Sheene Medallist for the second year in a row, Reynolds was also revealed as the recipient of the drivers’ vote for the best of their peers for the season, won on a countback against the retiring Craig Lowndes.

“It’s a real honour for me to be honoured by my peers,” Reynolds said. “The Driver’s Driver is a good award, hopefully it sticks around for awhile.

“My best battle this year was when Lowndesy went around the outside of me at Turns 9-10-11 at Pukekohe.

“The old boy’s got some balls. He stuck it out; I tried to give him a nudge but he was hard in the gas around the outside. It was a good move. I’ll miss him next year.”

Reynolds was one of many award winners on the night with Scott McLaughlin honoured for winning this year’s Supercars Championship, while another Kiwi, Garry Rogers Motorsport’s Chris Pither was recognised for winning his first Dunlop Super2 Series title.

The late Tom Walkinshaw, the influential motorsport figure who helped establish one of Supercars greatest ever teams, was inducted into the Supercars Hall of Fame, with the award accepted by his son, current Walkinshaw Andretti United team co-owner, Ryan Walkinshaw, and his wife Martine.

The spectacular return of night racing, the Red Rooster Sydney Supernight 300, was awarded the 2018 Best Event by fans and McLaughlin voted by the fans as the Most Popular driver.

Champion Manufacturer of the Year: Holden