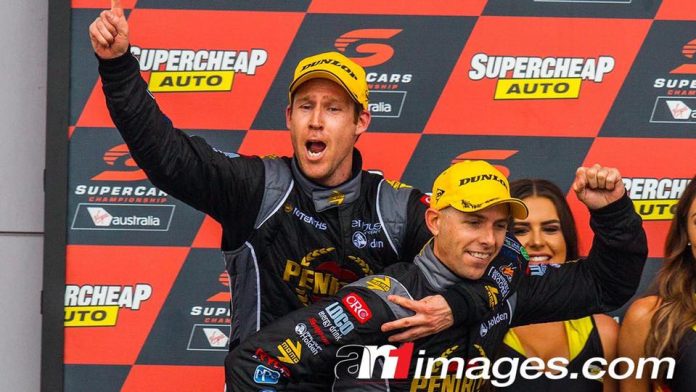 EREBUS Motorsport and David Reynolds are parting ways just one season into a 10-year deal, the team has confirmed.

Erebus has issued a statement declaring the two parties will “amicably part ways”.

It follows months of speculation that Reynolds was looking for a way out of the squad amid friction with CEO Barry Ryan.

Reynolds is expected to end up at Kelly Racing in 2021, stepping into the Mustang vacated by Rick Kelly.

That would reunite Reynolds with his engineer of recent seasons, Alistair McVean, who is moving to the Kelly team.

Erebus owner Betty Klimenko thanked Reynolds for his efforts since joining the team at the end of 2015.

“David has been a significant part of our team since we moved to Melbourne in 2016,” she said.

“We have shared a lot of success together including winning the 2017 Bathurst 1000 and we thank David for all his efforts.

“However, unfortunately David has decided that his future lies elsewhere, and we do not wish to stop him taking another path.

“Unfortunately, we were unable to come to an agreement and we have had to go our separate ways.

“We wish David and his new family all the best for their future.”

Reynolds added: “My preference has been to stay at Erebus but unfortunately it is time for me to move on.

“I have really enjoyed my time with the team and leaving has been a very difficult decision to make.

“The team are a fantastic bunch of people that I’ve built really strong relationships with over the past five years and I am proud of what we have been able to achieve together.”

Young gun Brodie Kostecki is meanwhile expected to replace Reynolds at Erebus in 2021, making for an all-new line-up.

The Holden outfit has already confirmed that Will Brown will replace Anton De Pasquale, who has switched to Dick Johnson Racing.

Reynolds was yesterday confirmed as part of ARG’s television line-up for 2021, adding to his Supercars racing commitments.