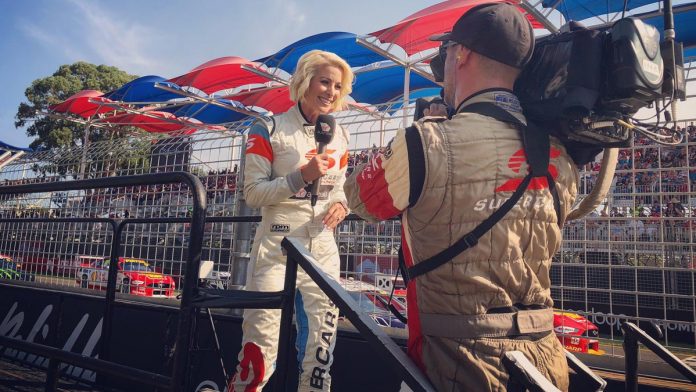 FORMER Supercars television presenter Riana Crehan has a new TV challenge – she has been named as part of the new group of contestants for the third series of Channel 7 series, ‘SAS Australia’.

Crehan, who finished up with Supercars’ TV coverage at the end of last year, has since been working on the Australian Superbike Championship’s TV coverage.

She joins a cast for the next series of the SAS Australia show that includes former AFL greats Wayne Carey and Barry Hall.

Crehan opened up to the V8 Sleuth Podcast last year about her difficult year in 2020 that saw her television role cut back and husband Will Davison lose his drive with 23Red Racing.

“This year has been really tough. The toughest year of my life,” said an emotional Crehan in December last year, whose father passed away in July.

“That’s probably made me re-evaluate the way I see things.”

PODCAST: Riana Crehan opens up on her difficult 2020

In addition to Crehan, two more of next year’s contestants have links to motorsport.

Rugby union star Ellia Green is the daughter of renowned motorsport broadcaster and journalist Evan Green, while Richard Buttrose was a fixture of one-make and production car racing in the 2000s prior to being convicted of drug-related charges in 2010.

The program puts its contestants to the absolute test and sees them subjected to intense physical endurance, sleep deprivation, interrogation, and psychological testing,

Filming for the series is reported to have started this weekend in New South Wales.

The series will air next year Channel 7.