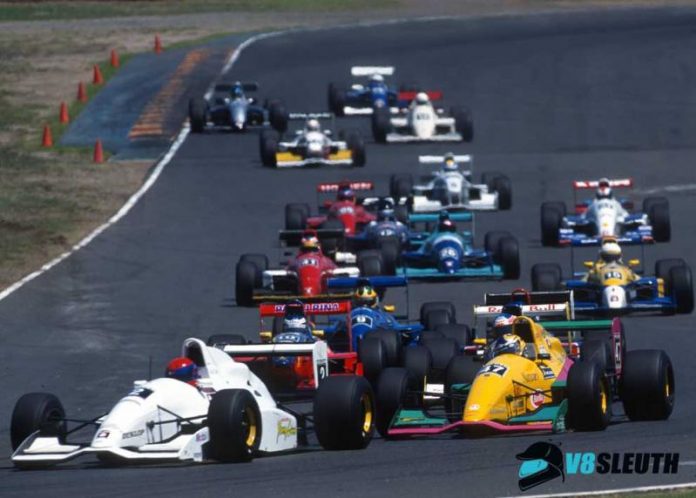 STORY: WILL DALE
PHOTO: AN1 IMAGES

THE arrival of S5000 could spark the return of what was once the most prestigious prize on offer in Australian motorsport.

The CAMS Gold Star is the top prize available in Australian open-wheel racing, traditionally awarded to the winner of the Australian Drivers’ Championship.

It has been contested by varied machinery through its 58-year history, from Formula Libre, Formula 5000, Formula Mondial/Pacific, to the home-grown Formula Holden/Brabham class under which it enjoyed a resurgence throughout the 1990s.

First awarded in 1957, the Gold Star’s honor roll contains some of the country’s greatest racers, led by inaugural recipient Lex Davison, Stan Jones, Kevin Bartlett, John Bowe and Mark Skaife, and includes current IndyCar stars Will Power and Scott Dixon (pictured above in the yellow #47 on his way to the Gold Star in1998).

The Gold Star has lay dormant since 2014 when it was awarded to Australian Formula 3 Championship winner Simon Hodge, with CAMS stripping F3 of the accolade in 2015 butelecting not to apply it to the new F4 category.

CAMS CEO Eugene Arocca was part of the formalities at Monday’s S5000 official launch at Sydney Motorsport Park, where he was quizzed about the likelihood of the category receiving the Gold Star in the future.

“We parked it because there wasn’t an open wheeler category that we felt was deserving of the Gold Star, given the pedigree of the people who’d won it in the past,” Arocca said.

“I think the CAMS board – and it’s not my decision, it’s a CAMS board decision – would be thrilled at the opportunity to bring the Gold Star back to life.

“Right now, this is the only category that I can imagine would be fitting for the Gold Star.

“I can’t make that decision, obviously the next few months may dictate that, but I think the Gold Star has got to come back and this would be a good fit.”

S5000 organisers unveiled a six-round preliminary calendar at the launchbut revealed that it is in talks with Supercars and other promoters about potentially adding non-championship events in 2019.