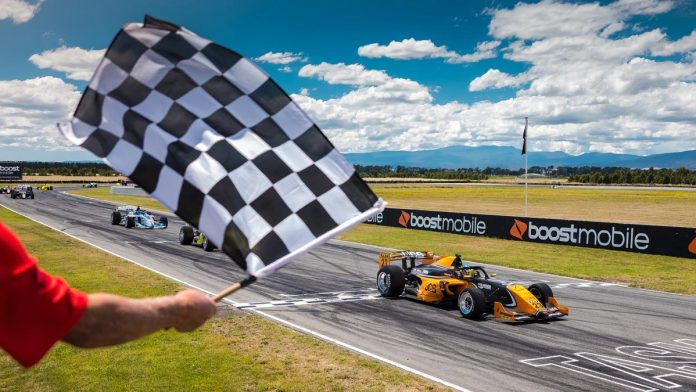 THE S5000 Australian Drivers’ Championship will join the support bill for the Repco Supercars Championship at Sandown on March 20-21.

Sandown has been confirmed as the final piece in the four-round 2021 S5000 schedule, which kicked off at Symmons Plains in January.

The Supercars event will mark Round 3 of the season, with other rounds to be held as part of the Shannons Nationals at Phillip Island (March 13-14) and Sydney Motorsport Park (May 1-2).

Phillip Island was to take place this weekend but has been rescheduled due to the current five-day lockdown in Melbourne.

The Australian Racing Group-run S5000’s appearance at a Supercars event marks the latest twist in a complicated relationship between the parties.

“There is no doubt that the fans are the big winners of this announcement,” said ARG CEO Matt Braid.

“S5000 is the perfect class to compliment the Supercars Championship and, if our opening event there in 2019 was anything to go by, then we’re all going to be treated to some great racing.”

Sandown was the location of S5000’s debut races towards the end of 2019, forming the first leg of a two-part showcase ahead of what was to be a full season in 2020 before the pandemic intervened.

Thomas Randle leads the 2021 standings after the opening round at Symmons Plains ahead of Tim Macrow, Joey Mawson, Luis Leeds and Nathan Herne.