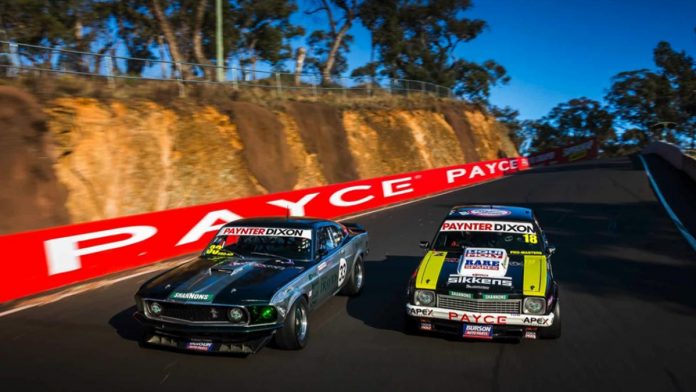 It effectively replaces Albert Park, which had been slated to host TCM’s second round before the event was moved to November.

The retro muscle car class was already set to feature at the Australian Racing Group’s Bathurst International later in the year.

It will be the first time TCM has raced at Bathurst twice in a year and mark the category’s return to the circuit, given its 2020 season was abandoned due to COVID-19.

“We’ve been invited to compete with the opening round of the Supercars, which is fantastic,” said the Bathurst 1000 winner of 1989 and ’94.

“Any chance you get, it doesn’t matter who you are or what you race, to race at Bathurst or to drive at Bathurst is a bonus.

“I’m sure all our category participants will be delighted that we have that opportunity.”

The Mt Panorama 500 is the only Supercars event on the now six-round calendar for TCM, which is an Australian Racing Group category.

TCM’s other three rounds scheduled between Bathurst visits will be with the Shannons Nationals at Sydney Motorsport Park, Morgan Park and Sandown.

Category manager Paul Taylor said: “It’s always special to head to Bathurst, especially with the TCM grid that evokes so many racing memories from the long history of competition at that place.

“We’re thrilled that TCM will be joining the Repco Mount Panorama 500 event.

“While this is a short notice change to our calendar, another opportunity to compete at Bathurst was an opportunity too good to pass up.

“Having just commenced our season in style in Tasmania, the TCM competitors are really looking forward to carrying that momentum forward by putting on some great races on the Mountain, especially since the category missed out last year.”