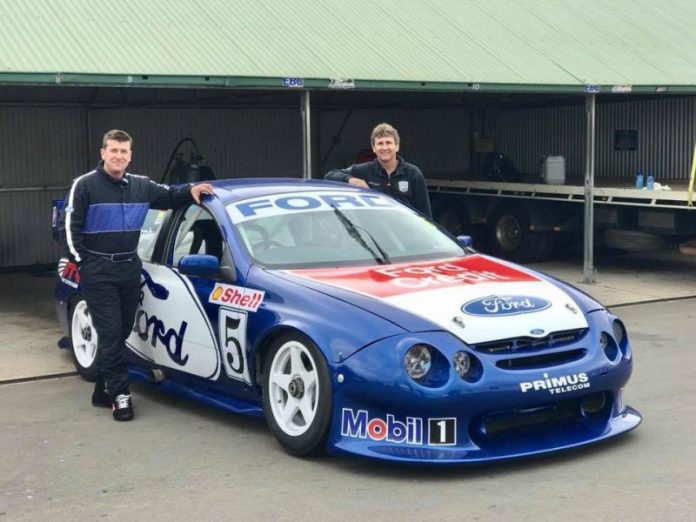 The first Ford Tickford Racing Falcon returns to the track with Seto on hand!

As we reported back in August here, the FTR1 chassis had been acquired by Sydneysider Dave Murphy with a plan to return to it its former glory.

And that plan is now complete given he had the car on track at Wakefield Park during the week with none other than Glenn Seton on hand to assist.

“It’s really hard to explain when you have spent your life looking up to a driver and then get the opportunity to hang out with him on my level,” Murphy wrote on social media this week.

“The talent the man has got is out of this world and a gentleman to boot.”

Murphy intends to take the Falcon to Mount Panorama later in the year for Challenge Bathurst in November.