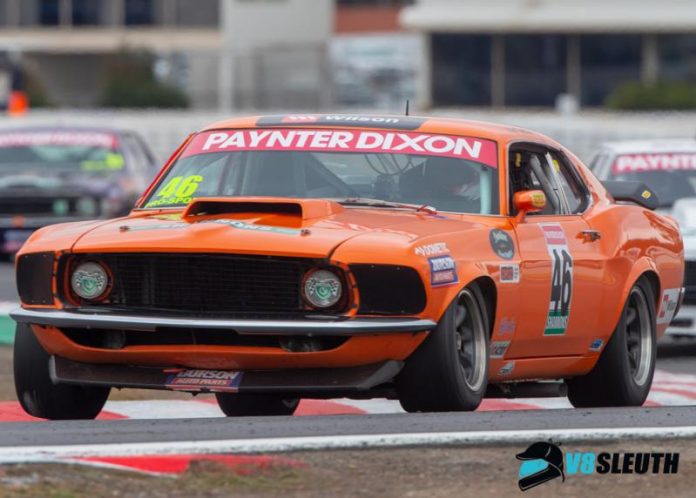 AARON Seton will join the Touring Car Masters grid at Winton in a fortnight, taking the reins of Leo Tobin’s 1969 Ford Mustang Boss 302.

The third-generation racer – son of Glenn Seton and grandson of Barry – will race the car for the remainder of the 2019 season, the orange machine adopting the #30 synonymous with Aaron’s father.

“I’ve had support from Leo Tobin for some time and the opportunity came up to jump behind the wheel,” Seton said.

“I look forward to developing my driving in a different sort of car. We’ve known Leo for the last few years and he has been very supportive of my racing and I can’t thank him enough for what he’s opened up for me to get behind the wheel of a TCM car.

“It’s a pretty special thing and I hope I can represent him well.”

Seton had originally planned to make his TCM debut in 2017 driving the earlier Mustang that Glenn raced to five victories in the category – however those plans changed when the car was sold.

Since then, success in long distance racing at the Bathurst 12 Hour and in the TA2 TransAm series has continued to build his profile, dovetailing his racing with working as a mechanic at Supercars squad DJR Team Penske.

“This is all about getting as much seat time as I can,” Seton added.

“This is all about getting as much seat time as I can. The car is somewhat similar to what I have been racing and I’m looking forward to seeing how the TCM Mustang handles.

“I’m going there to gain all the experience I can get in a different car – it doesn’t matter where we run, I’m just looking forward to having fun, learning and hopefully running somewhere near the front!”

The third round of the 2019 Paynter Dixon Touring Car Master series appears on the support card at Supercars’ Truck Assist Winton SuperSprint on May 24-26.