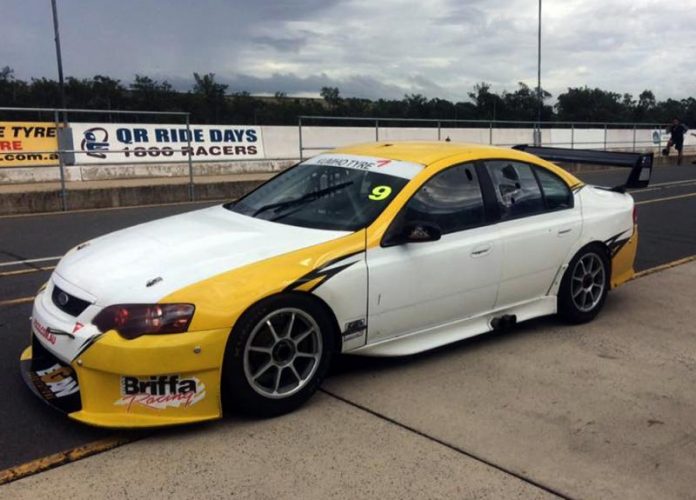 Seton, who currently competes full-time in the Toyota 86 Racing Series and has already built experience in one-make Porsche and GT endurance racing, will drive a Ford Falcon BF owned by Rod Dawson in the unofficial third-tier of Supercar racing – V8 Sleuth is an official partner of the Kumho Series.

Seton, who along with double Supercars champion father Glenn, tested the car at Queensland Raceway earlier this year in what was the 18-year-old’s first time behind the wheel of a V8 Touring Car.

“It’s an awesome opportunity that Rod Dawson has given me, and I can’t wait to get my first taste of one of these cars,” he said.

“It was great to get some experience in the car and feel what they’re like. We’ve worked hard to put all of this together so I’m looking forward to getting to Winton and seeing how we go.

“I’ve had experience at Winton in the GT3 Cup Challenge Porsche and the Toyota 86 Series last year. It’s a good track, tight and small but good fun. It’s a good place to get up to speed.”

Seton said the weekend was all about learning rather than worrying about results.

“It’s all about getting laps and experience so we’re going in with no expectations,” he said.

“We’ll go there and have fun, experience the car and race in front of the Supercar teams in a Supercar.

“Whenever I have a question I can go to Dad and ask him anything. He gives good feedback when you’re doing something wrong so as a driver it’s good to have someone like him on your side.”

Seton said the Winton effort represented a one-off opportunity, but that there are plans for more down the road.

“At the moment its round by round. We’ll do Winton and see how we go but we’re also trying to get to Queensland Raceway (where the V8 Touring Cars will also compete on the Supercars program) as well.”

The Kumho Tyre Australian V8 Touring Car Series will tackle three races across the Winton SuperSprint event on May 19-21.