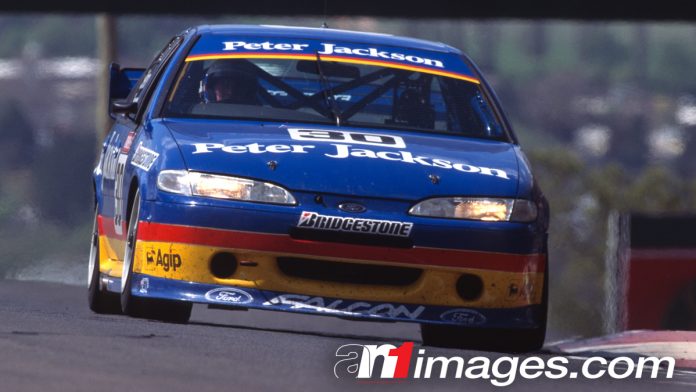 TODAY marks 25 years to the day since Glenn Seton came within just laps of claiming victory in the race that eluded him – the Bathurst 1000.

Seton famously ground to a halt with nine laps to go in the Tooheys 1000 on Sunday October 1, 1995, his #30 Peter Jackson Falcon’s engine failing as he was poised to claim his maiden Bathurst victory on the 30thanniversary of his father’s win in a Cortina in 1965.

A pre-race promotion had also placed special focus on the anniversary. Should he win, Seton was offered a choice of bonus prize – $30,000 cash or the actual 1965 Cortina that his father and Midge Bosworth had driven to victory three decades earlier.

Amid the backdrop of the departure of Alan Jones from his team as well as sponsor Phillip Morris and with an uncertain future for his own Glenn Seton Racing team, the ’95 Bathurst result came at the worst possible time.

Seton has opened up in detail about the devastation of coming up short at Bathurst 1995 in his new autobiography, ‘Seto: The Official Racing History of Glenn Seton’, which is available to pre-order here now and will delivered from early November, making it the ideal Christmas present for Seton and Ford fans.

A late race Safety Car period had bunched the field at Bathurst in 1995 with eventual winner Larry Perkins right behind Seton at the restart.

“I felt a little miss in the top end of the engine down Conrod Straight,” recalls Seton in his upcoming book.

“Initially I thought it was alright, it was just a little miss and wasn’t a big problem. It soon got worse and Larry slipped by as we came to nine laps left.

“I got to the braking area at Turn 2 on the next lap and it just shut the engine off completely. It had broken a valve spring, the valve dropped, smacked the piston and then broke the cam belt at the front.

“I had enough momentum to roll around the corner and up the hill, park it on the side of the road and then roll back into a driveway. Soon after I pulled up, the television crew came onto the RaceCam to get my thoughts on what happened. I ran through it with them as best I could, but it was hard to explain how I felt.

“At that stage I was just flat and devastated. I didn’t have to stop myself from getting upset and crying in front of the camera, it was just disbelief. I was just thinking ‘has this really just happened and how do I feel about it?’.

“I sat there with the car while the final nine laps unfolded. Then they pushed me out of the driveway, and I rolled back down the hill, into the back of the pits and down to the parc ferme area.

“I got into the truck and found Dad, distraught. We had so much going on with the Philip Morris stuff and the 30-year anniversary since Dad won. There was just way too much to deal with and I mentally crashed.

“An hour later I was fine. You go from the high emotion of how that happened and the emotional breakdown, then you have a time where you say ‘OK, this has happened now, I can’t do anything about it, let’s move forward’.”

Seton’s upcoming book, written in conjunction with Supercars.com Digital Editor Stefan Bartholomaeus, covers his entire racing career including up close insights into his time with Nissan Motorsport, running his own Peter Jackson and Ford Credit-backed team, his 1993 and 1997 Australian Touring Car Championship wins and time with both Ford Performance Racing and Dick Johnson Racing.

Packed with never-before-published photos, car-by-car histories of every GSR and FTR-built Sierra and Falcon and career statistics, it’s the ultimate Glenn Seton racing history book and a must-have for any motorsport fan’s bookshelf.