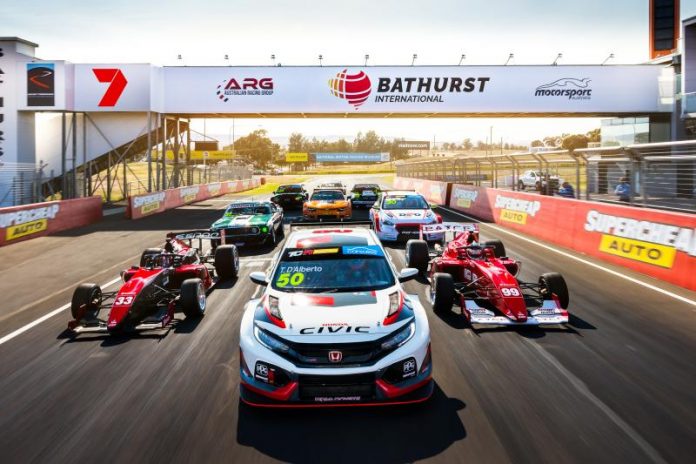 THE Seven Network is returning to broadcasting regular Australian motorsport in 2020 following today’s confirmation it will broadcast live and free coverage of Australian Racing Group categories and key events.

Coverage will include the TCR Australia Series, S5000 and other feature categories (set to include Touring Car Masters and the Kumho V8 Touring Car Series) from the newly renamed Shannons Motorsport Australia Championships as well as the Hi-Tec Oils Bathurst 6 Hour at Easter and the recently announced Bathurst International.

The multi-year agreement will see a minimum of six hours of live coverage across the Saturday and Sunday of each Shannons Motorsport Australia Championship event, simulcast on 7plus.

The pair of Bathurst events will also feature extensive live coverage; it was announced today on Seven’s ‘Sunrise’ breakfast program.

Lewis Martin, Managing Director Seven Melbourne and Head of Network Sport, Seven, said: “We’re thrilled to be broadcasting these great motorsport events from next year. Motorsport has long been a passion of ours at Seven, and we’ve led the way with innovative coverage of iconic Australian motorsport for decades.

“This agreement marks the next step in our commitment to motorsport, and we look forward to working with Australian Racing Group to bring these events to Australians live and free from 2020.”

The first round of the Shannons Motorsport Australia Championships to be seen on Seven will be at Sydney Motorsport Park on March 28/29 next year.