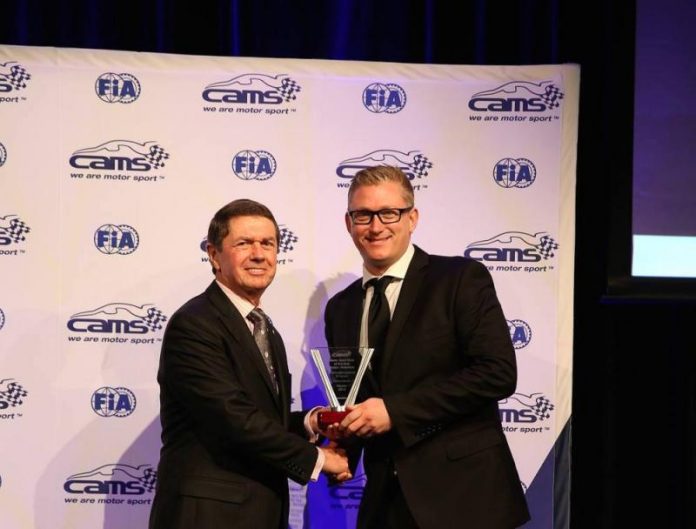 The 12-episode series, which aired last year on 7mate and celebrated the rich history of Australian motorsport and, in particular Bathurst, via the Seven Sport video archive, was adjusted winner of the ‘CAMS Motor Sport Story of the Year (Radio/TV)’ category.

The Media Awards Selection panel selected the series and its producer AirTime Media as the winner of the award.

This is the second award the program has received after it claimed a V8 Media Association award late last year.

“We were able to take our audience for a drive down memory lane with some of the men and machines that have contributed to the great history of our sport,” said Crompton.

“Our small, hard-working team consisting of Director/Editor Nathan Prendergast, my co-host and chief researcher Aaron Noonan and expert reporter Mark Oastler has produced an end result that has entertained, informed and acknowledged all in the one outcome.

“Mark Behr and his team at Shannons have warmly embraced the project and have been passionate about it right through from the concept stages to the end result.

“For the work to be recognised and acknowledged this way is an unexpected, though very welcome, bonus for the entire team involved.”

The Shannons Legends of Motorsport series aired in the second half of 2014 and featured episodes filmed at the National Motor Racing Museum at Bathurst, Bowden’s Own Car Collection on the Sunshine Coast and Shannons Auction Centre in Melbourne.