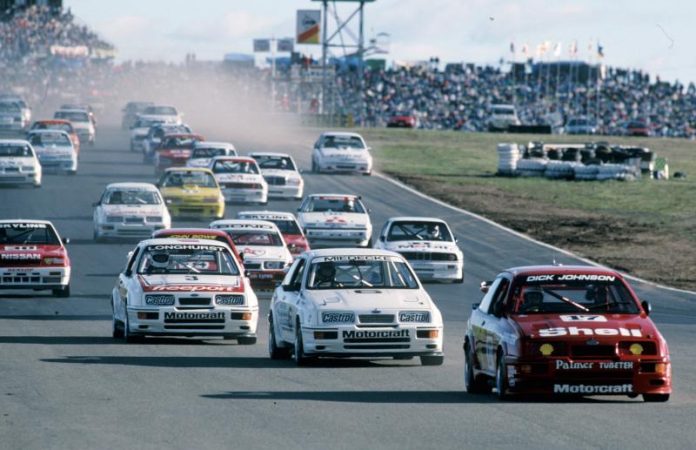 Popular 7mate series to be released in boxed set

THE Shannons Legends of Motorsport television series will be released this August on DVD in a boxed set by Chevron Marketing Services.

The 12-part series, which aired on 7mate and proved to be a real hit with motorsport enthusiasts of all ages in 2014, celebrates the rich history of Australian motorsport via the plentiful Channel 7 tape vault with a particular focus on the Bathurst classic.

The series was filmed at three locations – Bowden’s Own Car Collection on the Sunshine Coast, the National Motor Racing Museum at Bathurst and Shannons Auction Centre in Melbourne – with historic, rare and special cars driven by the legends themselves acting as perfect backdrops.

Host Neil Crompton raced with and against the entire roster of guests in Shannons Legends of Motorsport and is the perfect guide to head back down memory lane as the legends of the sport re-tell plenty of great stories and tales.

Co-host and researcher Aaron Noonan unearthed plenty of amazing, rare and often long-forgotten vision from the Seven archives for the program and it’s all included on the DVD release, while muscle car expert Mark Oastler took the time to detail and document a range of the legendary cars featured in the series.

Produced by AirTime Media, the Shannons Legends of Motorsport series instantly became must-watch TV for all motorsport fans and will soon be available to own and add to their own private viewing collection.

The Shannons Legends of Motorsport DVD boxed set will be released by Chevron Marketing Services in August with an expected retail price of $50.