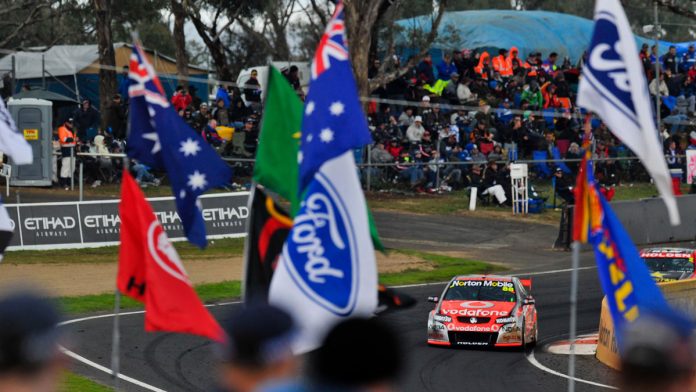 THE involvement of the Government at the last moment in the recent auction of the 1969 Holden Dealer Team Monaro GTS 350 by Lloyds Auctions and the sale of Peter Brock’s last HRT Bathurst Commodore to an overseas-based Aussie buyer last week has raised a debate plenty of race fans feel strongly about.

Should significant Australian race cars be allowed to be sold overseas?

What is deemed ‘significant’ will be different to many people, however some considerations surrounding the sale of certain era race cars came to light via the recent auction of the HDT Monaro.

The auction house was contacted by the Department of Infrastructure, Transport, Regional Development and Communications with the potential for the sale to any overseas buyer to be blocked given the car could be classified as an ‘Australian Protected Object’.

V8 Sleuth contacted the Office for the Arts in the Department of Infrastructure, Transport, Regional Development and Communications to seek further clarity on The Protection of Movable Cultural Heritage Act 1986, designed to protect Australia’s movable cultural heritage by prohibiting or restricting the export of Australian Protected Objects.

Objects may include motor vehicles that are of significance to Australia that are at least 30 years old and not represented in at least two public collections in Australia by an object of equivalent quality.

It was on this basis the Office for the Arts advised Lloyds Auctions that the 1969 HDT Holden Monaro may be an Australian Protected Object and hence subject to export control.

An Australian Protected Object cannot be exported without a permit issued by the Minister for Communications, Cyber Safety and the Arts or his delegate. A permit would not be issued if it was determined, following the receipt of expert advice, that the object’s export would significantly diminish the cultural heritage of Australia.

In order to determine whether an object requires an export permit, and in turn whether one will be granted, an application needs to be first lodged with the Office for the Arts.

Plenty of V8 Sleuth readers got in touch with us via social media last week in the wake of the news that Peter Brock’s 2004 Bathurst HRT Commodore had been sold to American-based Aussie Kenny Habul.

Some were upset that an ex-Brock Bathurst car could be headed off-shore, while others didn’t see an issue given that Brock didn’t end up driving the car on race day in 2004 and there are a range of more significant Brock Bathurst cars that remain in the country under Australian ownership.

Given the 17-year age of the car (the car raced in Brock’s hands in 2004 and was built new by the Holden Racing Team in 2003), it is not eligible to be classified as an ‘Australian Protected Object’.

So, what constitutes a race car being significant to Australia’s cultural heritage? It’s hard to easily and quickly come up with a list given there are so many factors to take into account.

For example, a handful of modern Australian race cars from the V8 Supercar era have been sold overseas in recent years, including two Bathurst 1000-winning cars and a Supercars Championship winner.

Should they be deemed culturally significant to Australia?

You could argue a case either way.

After all, if there’s bigger money overseas on offer for a race car, a seller is within their rights to sell to that buyer. It’s an open market and free world.

Your viewpoint on the matter will depend on whether you’re a buyer or seller, based locally or offshore, in need of a quick sale or can hold out for a better price.

It’s clear that a ‘one rule fits all’ policy won’t work, it’s very much a case-by-case scenario.

While we spent some time pondering all of this at V8 Sleuth HQ, some more information came to light during our digging online that I wasn’t previously aware of.

Export permits may also be required to take trophies, sporting objects and memorabilia that are more than 30 years old out of Australia given they could be Australian protected objects.

That would include race helmets, race suits and trophies dating back beyond 1990.

So, if you’re thinking of selling any significant items overseas in the future, be aware you’ll need a permit.

Getting back to the original question, should significant Australian race cars be permitted to be sold overseas?

It’s a tricky one to answer on the whole, but I’ll say this: we should be chuffed that offshore figures hold Australian motorsport, its banner head events and cars and stars in such high regard that they want one for their collections and to be used on a variety of cool tracks around the world where otherwise they would not turn a wheel. It’s fantastic that this is the case.

But it’s important, especially in the wake of the end of car manufacturing in this country, that we remain vigilant to ensuring we keep enough of our racing history on our own shores for future generations to enjoy and learn from.

It’s a balancing act between culture and cash.